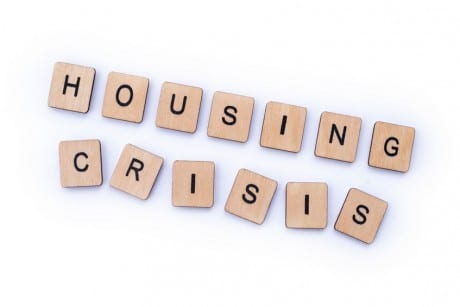 The G21 region is facing a shortage of social housing at a level not seen before.

There are about 3,300 social housing dwellings in Geelong, yet 7,300 households are urgently in need of social housing according to a recent City of Greater Geelong assessment as part of its Social Housing Plan 2020-2041.

Around 6,400 households are living in private rentals where they are paying in excess of 30 per cent of their income on rent, and often more than 50 percent.

Sadly, there are about 900 households who are effectively homeless.

Despite the efforts of support agencies the waiting queue is likely to get much larger, especially with the ongoing impacts of COVID-19 on unemployment and social dislocation.

In order to overcome homelessness and housing poverty Geelong will need at least an extra 13,500 new social housing dwellings by 2041 to deal with the growing demand, the natural population growth and to renew existing social housing stock.

This equates to an average 675 new social housing dwellings per year for the next 20 years at an estimated cost of $235 million each year.

In 2016 G21 – Geelong Region Alliance and a group of existing social housing providers in the region rang an alarm bell about the looming problem in the G21 Addressing Disadvantage Through Affordable Housing report.

The report called for urgent change, arguing the need for reliable ‘pipelines’ of co-investment that directly supported new affordable housing projects in our region.

Among other things, the report called for the formation of government-private sector groupings to support the costs of land acquisition and construction and the making available of underutilised local, state and commonwealth owned property for redevelopment as social housing.

G21 member municipal councils and social housing providers in the region have taken up the challenge and are grappling with the issue.

However, the task is mammoth.  A solution requires a joint and coordinated approach by all levels of government, philanthropic bodies and the private sector.

Earlier this year G21 made a submission to the Inquiry into Homelessness in Victoria.  The submission cited 2016 Census data showing a 23 per cent increase in the number of people identifying as homeless or living in severe overcrowding in the G21 region since the previous 2011 Census.

The data showed homelessness was growing at 4.2 per cent a year; double the region’s rapid population growth.

Homelessness services’ data for the G21 region identifies a 10 per cent increase in the number of people accessing state government-funded homelessness services over four years; 4,701 individuals in 2014-15 increasing to 5,178 in 2018-19.

For children under 10 years old ‘family and domestic violence’ is by far the most common reason for seeking homelessness support (just over 50 per cent of all clients under 10 years).

The G21 region’s number of family and domestic violence incidents per 100,000 people is slightly higher than the Victorian average.

In addition to those experiencing actual homelessness the 2016 Census shows that around 11 per cent of all households are in ‘housing stress’ in the G21 region.

The private rental market has become increasingly unaffordable to low-income individuals and families in the G21 region.  Significantly, 32 per cent of renters are experiencing ‘rental stress’.

For some years Colac Otway Shire had offered the highest levels of rental affordability in the region, at approximately 37 percent of dwellings.  However, that is rapidly changing.  A snapshot of data last year showed that the 73 affordable rental properties available in June 2018 had reduced to 44 properties in June 2019.

As more people choose to move to our region, for lifestyle or business, competition for rental accommodation increases.

Barwon South West Homelessness Network has identified that support services in the region saw a significant decline in emergency accommodation in the second half of 2019 due, in part, to an influx of construction workers from major infrastructure projects.

While new construction projects and people moving here for a lifestyle change benefit the regional economy, they provide additional affordability challenges for people on lower incomes.

The City of Greater Geelong’s Social Housing Plan 2020-2041 was adopted by the Council earlier this year.

The plan is a major step for Greater Geelong and the region.  Its successful implementation will rely on wide community, government and private sector support.

The plan was developed in the knowledge that over the next 20 years the population of Greater Geelong is projected to continue rapid growth, placing addition strain and urgency of the provision of social housing.

We know that Geelong region is currently growing faster than Australia’s five largest capital cities and faster than other major regional cities across the nation.

Despite this growth, critical government infrastructure and community support services and provisions, such as social housing, is lagging years behind.

Geelong region’s ageing population is placing greater pressure on existing social housing resources and will inevitably do so well into the future.

Homelessness-service-provider data from within the G21 region shows that about 5 per cent of homeless people are 60 years of age or older.

The project officer will engage with a wide range of stakeholders including the existing providers of social housing across the region to develop a long-term strategy for funding social and affordable housing specifically to reduce housing stress.

G21 will host the project officer and provide access to its resources and networks to help develop the regional strategy.

Most available social housing data pre-dates COVID-19.  Based on anecdotal evidence rising unemployment, personal hardship and social or family dislocation in the wake of COVID-19 is increasing the demand for low-cost rental and social housing.

Social housing must provide an alternative to the private rental market, as more properties become unaffordable or unavailable post-COVID-19.

As the federal and states governments look to inject investment into the economy post-COVID, the social housing sector is an obvious vehicle for immediate stimulus to the economy through construction while delivering long-term community assets.

The region must work together to provide short, medium and long-term housing solutions to address our homelessness crisis.

It is only through all levels of government, not-for-profits and the private sector working together that we will develop adequate social housing stock for the disadvantages and vulnerable.

G21 through its five municipal council members, its private sector membership base and its health and wellbeing affiliations with homelessness services and social housing providers is playing its part.

We invite other levels of government and the private sector to join with us.

SPIRIT OF TASMANIA HEADS TO GEELONGPORT