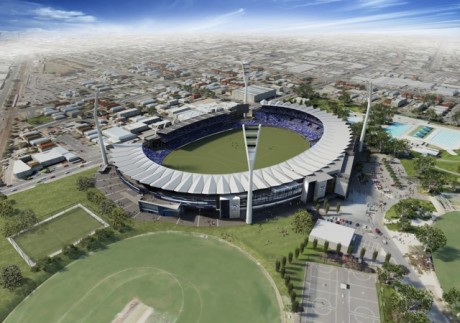 The State Government has announced a $2.7 billion construction blitz to stimulate the Victorian economy and create thousands of jobs.

This include almost $40 million worth of projects in the G21 region as part of the ‘Building Works’ package, with funding for six “shovel-ready” school and infrastructure projects announced.

The package is expected to create 3,700 direct jobs and thousands more indirect jobs.

At the centre of the package is $1.18 billion in education infrastructure projects that will create space for more than 21,000 extra students in Victoria’s education system and create more than 1,600 local construction jobs.

Beyond school infrastructure, Building Works includes many other projects that have been selected because they can commence within a matter of weeks and months.

The package provides a massive boost to public and community housing, with half-a-billion dollars to maintain and upgrade 23,000 dwellings and build 168 new homes across the state.

Travel and other restrictions have hit Victoria’s visitor economy hard. To help the tourism sector bounce back bigger and better than ever, the package includes $382 million in upgrades, maintenance and new experiences at tourism destinations across the state. This investment will be particularly vital in creating and sustaining jobs in regional Victoria.

Funding is also included for local sports facility upgrades, work to improve waterways and coastal areas, and revitalisation and maintenance projects from tree-planting to graffiti removal in communities across the state.

The transport network also gets a big boost, with $328 million for resurfacing and patching roads, around 300 kilometres of regional track improvements, repairs at more than 15 train stations, more maintenance on trains and trams, and local pier upgrades along the coast.

The Government will also invest more than $100 million for the critical upgrades of CFA and SES stations, disability accommodation, mental health and aged care facilities across Victoria.

As Victoria continues to recover from the coronavirus pandemic over the coming months, there will be hundreds more big and small jobs to do that require the planning now so they can get under way as fast as possible.

To support this, the Government has established a $180 million planning and acceleration fund, to keep the momentum going as and continue to rebound from the crisis.