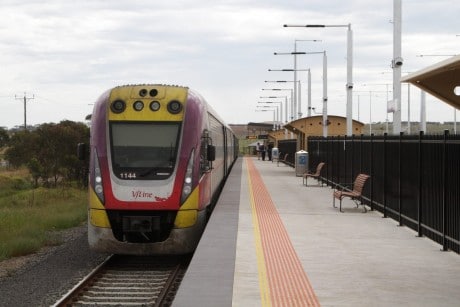 The rail duplication between South Geelong and Waurn Ponds is an early winner in the federal election, with bi-partisan support to duplicate the busy track.

This is an essential prerequisite to more frequent, and more-timely, services between Melbourne, Geelong and Warrnambool.

A $700 million commitment was made by the Coalition in the Federal Budget. This was swiftly matched by the Labor party in their Budget reply.

This commitment means Stage 1 and Stage 2 of this project, which is a key ‘ask’ under G21’s Regional Rail Connections Priority Project, is now funded.

Stage 1 of the project involves building a second platform and more than 90 new car parking spaces at Waurn Ponds Station, extra track, as well as the preservation of the Armstrong Creek transit corridor.

Stage 2 of the project involves the construction of 12.6 kilometres of track between South Geelong and Waurn Ponds, construction of second platforms and car parking at Marshall and South Geelong rail stations, a new rail bridge over the Barwon River and grade separation of the level crossings at Fyans Street and the Surf Cost Highway.

A further $4 million has been committed by both parties to develop a business case for the section of track between the Geelong station and the South Geelong station (Stage 3).

The 422-metre-long South Geelong Tunnel, which is reaching the end of its useful life, is single track and has a steep grade that limits capacity.

This is a much needed investment in rail infrastructure for the G21 region; a dual track and upgraded stations will deliver more frequent and reliable rail services.

OUR ARTISTIC HEARTBEAT
Scroll to top