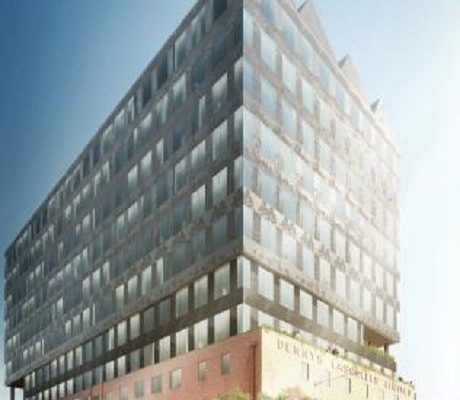 Victoria’s Minister for Planning Richard Wynne has approved an $80 million multi-storey tower in central Geelong, which will deliver new office space and boost jobs in the city, the government announced today (24 June 2016).

The 11 storey development at 22-28 Brougham Street by construction firm GROCON will be home to the NDIS headquarters and will include 13,100 square metres of office space, 116 car parks and 100 bicycle spaces.

It has been designed to accommodate 850 employees and will benefit from its CBD location near the Geelong station.

The development was the first approved after the Victorian Government made the Planning Minister responsible for major projects greater than 5000 square metres or five storeys high last year.

The State Government elevated planning approval to the Minister and also created the Geelong Authority to streamline development and encourage investment for the area by bringing together local residents, service providers and business owners.

The Office of the Victorian Government Architect reviewed the Brougham Street proposal, indicating it would set an encouraging precedent for renewal in central Geelong through its use of the existing wool store.

The approval was supported by the Department of Environment, Land, Water and Planning, the City of Greater Geelong, the Geelong Authority and Places Victoria.

Minister for Planning Richard Wynne said: “We are encouraging development to boost Geelong’s construction industry and to encourage new businesses to the area through new, high-quality office space.”

Member for Geelong Christine Couzens said: “This development will help revitalise the CBD and will bring more workers to the city every day, supporting local businesses.”

Member for Bellarine Lisa Neville said: “We’re strengthening Geelong as the region’s primary location for retail, tourism and employment and this will be the first of many new developments for our city.”