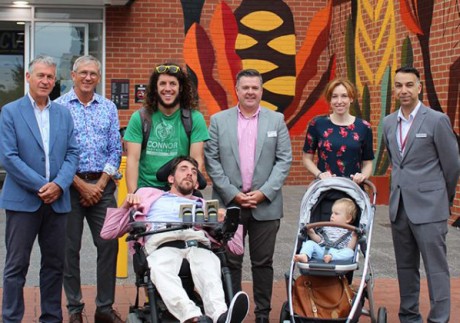 Geelong residents with disability and mobility issues will benefit from access improvements around the city.

Key locations in central Geelong are undergoing works as part of the Central Geelong Accessibility Improvements Project. Improvements include upgrading pedestrian access at the Moorabool St entrance to Westfield Geelong and a further eight footpath improvement projects in the Eastern Beach area.

The works follow an accessibility audit of central Geelong undertaken by the Revitalising Central Geelong Partnership that identified the barriers to easy access encountered by people with mobility limitations, particularly those relying on wheelchairs.

Implementation of the Revitalising Central Geelong Action Plan is a G21 Priority Project, and designed to turn Geelong into a magnet for new jobs and growth.

The project is funded by the State Government and will be finished mid-2019.

HAVE YOU SEEN THE GROW COMMUNITY SNAPSHOTS?
Scroll to top