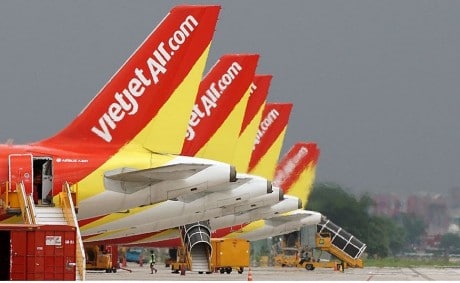 The Premier witnessed the agreement between Vietjet Air and Avalon Airport for future services between Avalon Airport and Ho Chi Minh. Other Asian destinations are also being considered.

The services are expected to begin in the second half of 2020, subject to regulatory approval.

Vietjet Air has carried almost 100 million passengers and is one of the world’s fastest growing airlines.

Vietjet has ordered nearly 400 aircraft with total purchases in excess of 50 Billion US dollars. The airline is currently operating one of the world’s most modern aircraft fleet, with more than 400 daily flights.

“Over 150,000 Vietnamese people live in Victoria. These new services will provide greater choice for their family and friends to visit our great state to see their loved ones,” Premier Andrews said.

“Furthermore, Vietnam is becoming a popular destination for Australian tourists.”

David Fox said he was delighted with the announcement and the confidence of Vietjet in Avalon Airport as a future gateway to Melbourne and the Geelong region.

“Ho Chi Minh City will be the first Vietnamese connection, but we’ll hope to expand this to other cities, such as Hanoi, Da Nang, in the future,” he said.

As part of the agreement, RMIT will purchase a new flight simulator for its Vietnam campus to allow more pilot training in Vietnam, including for VietJet pilots. The flight simulator will be the first of its kind in Vietnam and comes as RMIT prepares to celebrate 20 years in Vietnam in 2020.

The new services will help build on the 50,000 tourists who visited Victoria from Vietnam in the past year and will contribute to the Victorian Government’s goal of increasing visitor spending in Victoria to $36.5 billion by 2025.

More international flights to Avalon means more jobs for Victoria, with the tourism economy supporting more than 214,000 jobs in Victoria, including 85,000 in regional areas.

With more than 13,000 Vietnamese students enrolled in Victorian educational institutions the new flight services are also expected to encourage more students to choose to study in Victoria, including in the Geelong region.

Sources: Media statements from Avalon Airport and the State Government