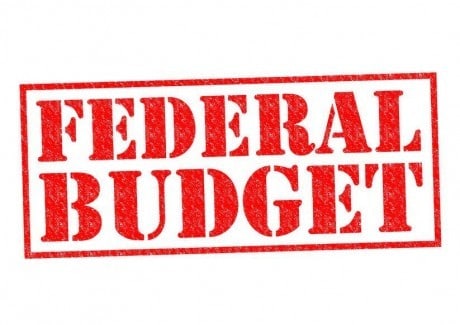 The themes of infrastructure, jobs and skilling running through the 2020 Federal Budget will potentially benefit the Geelong region on multiple levels as it emerges from COVID-19.

“However, the high-level broad-brush nature of this Budget’s massive new spending and taxation announcements leaves many questions unanswered about specific project funding needed across our region.

“Significant national infrastructure spends, unprecedented assistance to manufacturing, skills training for young people, new university places for school leavers and incentives to increase apprenticeships are all welcome and will benefit our region.

“Unfortunately, the Budget remains silent on support for many of the region’s projects.  These include the Northern Aquatic and Community Hub to focus on preventative health in Geelong’s northern suburbs and the funding of upgrades to key roads serving the economically important GeelongPort precinct, as part of the national highway network.

“Hopefully both of these vital projects will receive funding under the Building Better Regions Fund, or similar programs.

“Bringing forward $605 million of funding from 2023-24 for the duplication of rail between South Geelong and Waurn Ponds stations and funding of $292 million towards the first stage duplication of Barwon Heads Road, to service the rapid urban growth of Armstrong Creek, are wonderful long-term investments in our region,” Ms Carbines said.

“G21 has advocated strongly for both projects over an extended period. They are desperately needed to cope with the region’s rapid growth and will inject hundreds of jobs into the local economy.

“We would have liked a firm solution and funding for faster rail between Geelong and Melbourne.  Solving the slow congested rail services to Melbourne is a longstanding and increasingly urgent need as our population grows faster than most other regions in Australia.

“G21 also welcomes news that about two thirds of the $3 billion of new infrastructure funding nationally will go to small scale road safety projects to benefit jobs and communities in a direct grass-roots way.  We look forward to G21 region municipalities benefiting.

“This region is well positioned to benefit as we have manufacturers in each of the six priority sectors.  It is now up to the region’s innovative entrepreneurial manufacturing sector to seize those opportunities over the new few years.

“The opportunity for businesses to write off the full cost of any depreciable asset bought before July 2022 is a useful incentive to reinvigorate business investment across our region.

“The opportunity for companies to offset losses against previous profits made after 2018-19 to generate a refund from the tax office will also open business opportunities.

“The government’s tourism package will inject $250 million into regional Australia, encouraging more Australians to travel and experience a domestic holiday while aiming to boost regional jobs and local economies.

“The package includes two measures – a $50 million Regional Tourism Recovery initiative to assist businesses in regions heavily reliant on international tourism and $200 million for an additional round of the Building Better Regions Fund.

“It was disappointing the Budget specifically excluded the Great Ocean Road from applying for funds under the Regional Tourism Recovery element of the package.

“It’s hard to understand how the Great Ocean Road which gets seven million people visiting each year – more overseas tourists than the Great Barrier Reef – could have been overlooked in the tourism recovery program.

“However, G21 enthusiastically welcomes the government expanding the Building Better Regions Fund to include tourism funding opportunities.  Hopefully our region, including the Great Ocean Road, can receive desperately needed support through that or other programs over coming months.

“The government announced an extension of programs underwriting domestic and regional flight routes.  This will deliver extra support to Qantas, JetStar and Virgin, as well as regional airlines.

“Those programs may present opportunities for opening domestic flights to and from Avalon Airport, subject to border restrictions.  This would have an important economic and tourism impact for the region.

“The government plans to backdate legislated personal income tax cuts to 1 July and is offering a one-off benefit from the low and middle income tax offset in 2020-21.

“Low and middle income earners would receive relief of up to $2,745 for singles and up to $5490 for dual income families.

“While this is welcome news, history shows that in uncertain economic times people tend to become more conservative in their spending and save more. Time will tell as to the extent personal tax cuts will stimulate spending.

“The First Home Loan Deposit Scheme is being extended for another 10,000 Australians who are buying an eligible new or newly built home.  Buyers will only have to save a deposit of as little as five per cent to access the scheme.

“This is good news for Geelong region’s important housing construction sector which employs thousands of tradies and aligned workers and has been a driver of our regional economy for some years.

“Sadly there is no indication that JobKeeper support will continue beyond the end of March for Victorians who are still dealing with the brunt of the second wave of COVID restrictions. A strong economic recovery for Victoria and this region will be dependent on the continuation of JobKeeper beyond the current national end date.

“The JobSeeker supplement is still due to expire at the end of December, with the government delaying making a decision on this until closer to the date.  Thus jobseekers remain in limbo as to whether they will return to the unliveable $40-a-day level of Newstart.

“While new initiatives in the Budget are intended to help particularly younger jobseekers into work, JobSeeker has a much broader scope.  Proposed lower tax margins proposed in the Budget are of little benefit to the unemployed, who we can’t afford to leave behind.

“The government says its JobMaker program will support about 450,000 new jobs for younger people, who are among the groups hit particularly hard by the COVID-hit economy.

“The new JobMaker hiring credit aims to encourage businesses to employ young Australians aged 16-35 who are on JobSeeker.

“With youth unemployment particularly high in some disadvantaged pockets of Geelong, G21 hopes the program can produce the promised jobs for young people in our region.

“The government also plans to help Australian businesses hire 100,000 new apprentices and trainees and will spend an additional $1.2 billion on wage subsidies in this area.

Under the new wage subsidy program, businesses that hire a new or reengaged Australian apprentice or trainee will qualify for a 50 per cent wage subsidy until October 2021.

“This should have a positive impact on the many businesses in this region who need apprentices in manufacturing and construction.  It will potentially set up a new generation of trades people.

“G21 welcomes a $240 million package that aims to boost women’s participation in the workforce and financial independence in the wake of the coronavirus pandemic.

“More than $25 million of this funding will go towards new cadetships and apprenticeships in science, technology, engineering, and mathematics. Encouraging and fostering the next generation of women in STEM careers is a significant step.

“However, the Budget appears to largely overlook women 45 year and above, who were those most likely to be on JobSeeker before COVID-19.  They are not offered the same support back into work as younger workers who can benefit from JobMaker credits.

“G21 welcomes a doubling of the number of Medicare-subsidised psychological sessions Australians can access per year, from 10 to 20.  An extra $148 million is to be spent on mental health services this financial year.

“Money will also go toward 15 ‘enhanced mental health clinics’, as well as Beyond Blue, Lifeline, Kids Helpline and Headspace.  Our region has been impacted by mental health issues, especially among young people, due to the COVID-19 isolation and associated economic impacts.

“An additional $1 billion in research funding has been earmarked for the university sector in 2020-21, building on the previously announced almost $300 million to support more than 12,000 new undergraduate places.

“We are hopeful that this will assist Deakin University and all universities who have been largely left by the government to fend for themselves during COVID-19.

“New research funding of about $2 billion nationally for business, universities and government is important.  We welcome news that Deakin University has received funding of $650,000 for research into chronic fatigue and hope for further such announcements.

“G21 also welcomes news that the CSIRO will receive additional funding.  The CSIRO has a number of facilities within our region.  They include the world-leading Australian Centre for Disease Preparedness, doing important research into COVID-19, and the advanced fibre facility at the Geelong Technology Precinct at Deakin’s Waurn Ponds campus.”

Ms Carbines said that although G21 generally welcomed tax cuts in the Budget there was no guarantee bringing corporate tax cuts forward would encourage businesses to take on more employees.

“There needs to be a direct link between guaranteed job creation outcomes if corporate tax cuts are being brought forward.  There is no obvious mechanism in the Budget to ensure corporate tax cuts get the intended job results,” Ms Carbines said.

“In relation to personal income tax cuts, history shows that in uncertain economic times, people tend to become more conservative in their spending and save more. Time will tell as to the extent personal tax cuts will stimulate spending.

“Investment in infrastructure projects is certainly welcome, although it would have been good to see greater emphasis on those that deliver economic, environmental and social outcomes, such as widescale construction of social housing.

“There is definitely merit in wage subsidy schemes especially those aimed at employing young people who have been the hardest hit by the pandemic,” Ms Carbines said.

More health services to log on to telehealth
Scroll to top