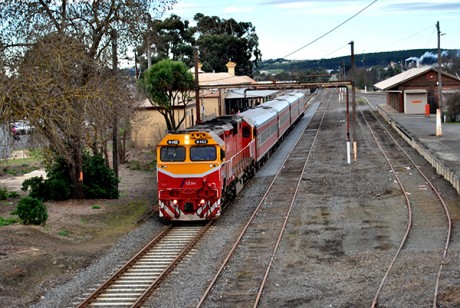 The State Government is delivering more train services to Geelong and South West Victoria, and planning for new services in the future.

This investment, delivered in last week’s Victorian Budget 2016/17, will deliver more than 50 extra train services for Geelong every week, more weekday and Sunday services on the Warrnambool line and develop a business case for the duplication of the line between South Geelong and Waurn Ponds.

This builds on the 200 extra services a week to Geelong added last year with the opening of Regional Rail Link.

The Victorian Budget also provides $3 million to develop a business case for duplication of the line from South Geelong to Waurn Ponds.

These initiatives are part of the State Government’s $1.3 billion investment in better regional train services, which includes $280 million for 27 new VLocity carriages, $141 million for critical maintenance and $198 million to rebuild V/Line, so it can deliver the extra services people in Geelong need and deserve.

Member for Geelong, Christine Couzens said, “Geelong is booming. We need more trains to Geelong and the growing areas in the south and that’s what this Budget delivers.”

HUNDREDS OF NEW JOBS ON THEIR WAY TO GEELONG

SECOND RIVER CROSSING OUT TO MARKET
Scroll to top