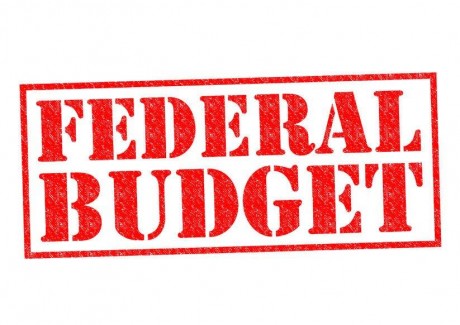 “G21 especially welcomes funds for the duplication of the rail between Geelong and Waurn Ponds stations, which is an essential perquisite to upgrading Melbourne-Geelong rail services,” Ms Carbines said.

“This was in addition to the recently announced $2 billion towards fast-rail between Melbourne and Geelong.

“G21 also welcomes the additional federal funding for the recently-announced City Deal for Geelong and the Great Ocean Road, which will become available to projects in coming years.

“Nevertheless, G21 is disappointed that there was no funding for the much-needed Northern ARC facility in northern Geelong,” she said.

The Northern ARC Health and Wellbeing Hub, proposed for the Waterworld site in North Geelong, would be a key element of a community health and wellbeing hub.

The Northern ARC facilities would cost $61.6 million and integrate with Barwon Health North; a $33 million health facility being built by the state government on the site.

“The City of Greater Geelong has committed $20.6 million to the Northern ARC project, but needs other levels of government to help,” Ms Carbines said.

“The $20 million committed by Council to the project is a significantly large amount for any local government to find within its budget. That illustrates just how seriously the Greater Geelong Council considers the need in the northern suburbs of Geelong.  That area is amongst the most disadvantaged in our region.

“The health, fitness, recreation, cultural and community facilities would generate an estimated $111 million in preventative-health benefits to that local community over 10 years.

“It is upsetting that the federal government, in a budget spend of over $2.8 billion in our region, could not find $20 million for this much-needed project.

“Decisions about funding desperately-needed projects such as the Northern ARC should be based on the needs of the people; not on whether it will result in votes on polling day.

“However, it’s not too late for the government, and the opposition, to include the Northern ARC as a commitment in the lead-up to next month’s federal election.”

G21 is pleased that the Budget included additional $700 million funding for duplication of the rail between Geelong and Waurn Ponds stations.

“Until now only about 40 percent of the estimated cost of the duplication had been committed by the state and federal governments,” Ms Carbines said.

“The additional federal funds should now allow the duplication to go ahead. The project is an essential prerequisite to more frequent, and more-timely, services between Melbourne, Geelong and Warrnambool.

“Without solving the Geelong-Waurn Ponds bottle-neck the Melbourne-Geelong rail-commute mess cannot be fixed.  Any form of future fast rail also depends on that stretch being duplicated.”

“G21 welcomes the federal commitment of $2 billion in the 2021-22 financial year towards fast-rail between Melbourne and Geelong.  However, significantly more funding will be needed to enable the project to go ahead,” Ms Carbines said.

“The state government has already announced plans for upgraded rail services between Geelong and Melbourne.  The City of Greater Geelong has also done scoping work in this regard.

“We urge all levels of government to work together to achieve the best and earliest solutions for the region’s rail issues.  Governments are now finally understanding that inferior rail services are holding Geelong and the region back.”

The Budget included an additional $30 million of funds from 2020-21 for the City Deal for Geelong and Great Ocean Road as part of the recently-announced $533 million state-federal 10-year Deal.

That officially confirms the total federal City Deal contribution of $183.8 million.  [Note: The previous 2018-19 MYEFO statement had included the bulk of the federal funds for the City Deal].

“The City Deal is a positive once-in-a-lifetime stimulus opportunity for the regional economy,” Ms Carbines said.

“We welcome that funds will begin to flow to projects across the region under the City Deal over coming years.”

“We are also pleased that there has been $6 million allocated to the new Ocean Grove Health Hub and headspace.”

G21 also welcomed a further $31.5 million for the region’s roads, including $6 million towards fixing the Cape Otway Road and Winchelsea-Deans Marsh Road intersection and $5 million to upgrade Murradoc Road between Drysdale and St Leonards.

A SAFER JOURNEY BETWEEN WAURN PONDS AND ANGLESEA