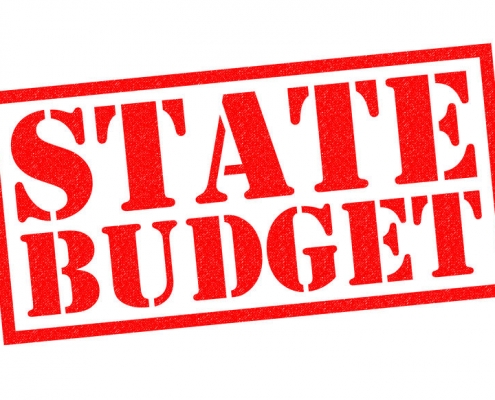 G21 CEO Elaine Carbines said the Budget delivered funding for a number of initiatives identified as G21 priorities, however it also left a number of regionally important needs unfunded. A significant omission was the proposed Northern Aquatic and Community Hub.

“This is no ordinary budget. It’s a big-spending job-creation budget to pull the state out of COVID and into a recovery phase, largely through job creation. As the most significant regional area in Victoria, Geelong deserved to be well recognised in the budget. It has been,” Ms Carbines said.

“Significant infrastructure investment in the region will have positive job and social impacts for years into the future.

“The challenge, and the real test of this budget for this region, will be how effectively initiatives can be fast-tracked to maximise immediate stimulus to jobs and provide assistance to those people most in need now.”

Ms Carbines welcomed $2 billion in the budget — matching a federal commitment — for the $4 billion first stage of the Geelong faster rail project.

“Improved Melbourne-Geelong rail services has been an advocacy priority for G21 for years. The project’s first stage will not provide true fast rail, however it’s an important step in the right direction,” Ms Carbines said.

“Our population is projected to skyrocket, doubling over the next three decades, with more people choosing to live in this region while commuting to work in Melbourne. Our rail services are already stretched.

“While this in itself is not the fast solution sought, I have received government assurances that further upgrades will come to improve the service further.

“Unfortunately, a line and station to service Avalon Airport has not yet been announced. We urge the government to ensure Avalon is in future announcements. It would be a huge mistake to leave Avalon without rail, creating the same retro-fit challenges Melbourne’s Tullamarine Airport is now facing.”

“The state will bring forward funding from out years for the Waurn Ponds Track Duplication Stage 2. This is excellent news, and news G21 has been advocating for over a number of years.

“A total of $899 million is allocated by the state to upgrade the rail track between South Geelong and Waurn Ponds Station. The federal budget this year also brought forward its part of funding for this project.

“The significance of this project can’t be overstated. It is an essential logistical precursor to faster and more reliable train services between Geelong and Melbourne.

“It’s also pleasing to see that North Geelong, North Shore and Lara stations will share in a $24 million allocation to make train stations safer and more comfortable. The Corio to Waurn Ponds section of the Geelong line will benefit under a $90.5 million state-wide package to upgrade track and level crossings across the regional network.

“G21 welcomes more than $300 million for road and facility upgrades along the full length of the Great Ocean Road and its hinterland, which remains the state’s number one tourism drawcard,” Ms Carbines said.

“This builds on state and federal funding of road, bridge and landslide protection upgrade works now underway, which came about due to the 2013 G21 advocacy campaign,” Ms Carbines said.

“About $140 million of that funding will upgrade the road itself, while about $115 million will upgrade inland routes to the Princes Highway.

“An amount of $44.1 million will further develop the Great Ocean Road Coastal Trail. This is especially welcome as it delivers against a key plank of G21’s Adventure Trails Project and will see trail works from Fairhaven through to Grey River.

“Also welcome is $18.3 million over two years to allow the new Great Ocean Road Coast & Parks Authority to upgrade visitor facilities such as toilets, viewing platforms and trails. This will include public wi-fi and other technology to improve the visitor experience.

“The Great Ocean Road Coast & Parks Authority has will receive funding of $5.6 million this year, and $12.7 million next year, for its establishment and operational activities. The new authority must be adequately funded for it to be successful in managing and protecting this important asset. This appears to be a good start.

“The government commits to the Geelong region receiving at least $200 million of the state’s $5.3 billion injection into social and affordable housing over coming years,” Ms Carbines said.

“This is much needed in the region which has an acute shortage of such accommodation.

“The funds could not have come at a better time. G21 is currently developing a social and affordable housing strategy across the region, working with councils and provider bodies. The strategy is due for completion next year and should help guide funding allocation.”

“G21 welcomes $40 million to allow completion of the final stage of the GMHBA Stadium redevelopment, on top of the $102 million already committed by the state for that stage. The stadium is an advocacy project of G21’s Economic Development Pillar. The iconic facility is regional Victoria’s premier sporting stadium. Its completion will further cement that status,” Ms Carbines said.

“G21 also welcomes an additional $3.3 million towards the activities of the Kardinia Stadium Trust more generally.

“We are absolutely thrilled that Anam Cara House will receive $5 million. The proposed new 20 bed respite service is proposed for Deakin University’s Waurn Ponds campus. G21 has been a strong advocate for funding of this important initiative. This year’s federal budget also allocated $5 million for the project.

“An allocation of $3.6 million towards Barwon Health’s proposed new women and children’s hospital to meet a growing demand for maternity and paediatric is great news for a growing region.

“Funds have also been allocated to buy land for the proposed Torquay Community Hospital. And Corio will benefit from additional state-wide funds to create residential beds for those recovering from alcohol and drug dependencies.

“Northern Bay College will receive a $15.31 million upgrade for its Goldsworthy Road 9-12 Campus. This is welcome news as the college is an integral part of efforts to improve opportunities for people living within the northern suburbs of Geelong,” Ms Carbines said.

“G21 has been a long time supporter of the great work being done at Northern Bay College and has included the college within our advocacy under the Addressing Disadvantage Priority Project.

“We also welcome funds for a new gym at Geelong South Primary, a new building at Barwon Valley School and a new classroom for Clifton Springs Primary.

“The Budget also includes funds for Skilling the Bay and The Geelong Project to support students, including those at risk of disengagement, to participate in school, training and employment pathways.

“Both projects are important community-driven initiatives that deserve ongoing support as they work to improve the lives of young people in our community.”

Funds have also been allocated for a refit of the Surf Coast Recreation Centre in order to develop the Torquay Multi Arts Centre.

The Geelong Arts Centre received funds to helps manage the downturn in income due to Stage 3 redevelopment work disruptions and the impacts of COVID.

What the budget seems to have missed

“G21 is disappointed that the budget does not appear to include funds for some significant needs,” Ms Carbines said.

“A glaringly significant omission is the lack of funds for the proposed Northern Aquatic and Community Hub. Despite intensive advocacy by the City of Greater Geelong, G21 and other bodies the proposed Norlane complex has been overlooked in both the state and federal budgets.

“What will it take for the state and federal governments to support this project? The City of Greater Geelong has allocated $21 million for the project, but they can’t do this alone. For how long are the wellbeing needs of the disadvantaged northern suburbs of Geelong to remain a low priority in Spring Street and Canberra?

“The hub would deliver state-of-the-art aquatic and fitness facilities along with health and community facilities, with a focus on preventative health and wellbeing in disadvantaged suburbs of Geelong.

“There do not appear to be funds for upgrades to the road network servicing GeelongPort. A $15 million investment is essential to cater for the increased volume of vehicles accessing the Spirit of Tasmania, scheduled to begin operations out of Geelong from 2022.

“Sadly there were no funds to develop an integrated transport strategy for the region,” Ms Carbines said.

“The region is continuing to rapidly grow, making it vital that transport connectivity is improved, including public transport, roads, connections to Geelong Port and to Avalon.

“Planning for transport connections to Geelong’s new growth areas at Lovely Banks and Batesford South and the Barwon Heads Road duplication must also be a focus.”