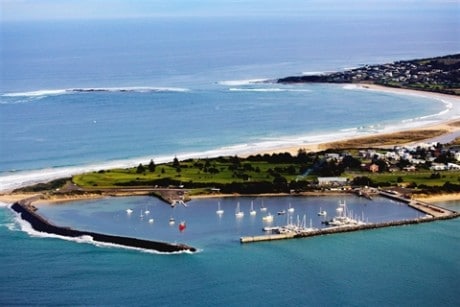 Commercial and recreational boat owners will enjoy better access and improved safety at Apollo Bay Harbour thanks to the completion of dredging works at the popular site.

More than 72,000 cubic metres of sand has been removed from the harbour, providing a minimum depth of 3.5 metres.

In recent years sand had built up in the port, which reduced the depth of the harbour and affected the accessibility of vessels.

Redevelopment of the Apollo Bay Harbour precinct is a G21 priority under the Regional Harbours project.

The dredging will provide long-term economic benefits to the Apollo Bay community by ensuring easy access for tourism operators and local fishers alike.

The sand removal paves the way for safe berthing and mooring for 40 vessels, including two berths for tourist charters.

The $1.3 million investment from the state government also included the repair of the slipway winch, which pulls boats out of the water, vital improvements to the breakwater and design work for further upgrades.

The Apollo Bay Harbour generates $6.5 million annually for the local economy from industries such as the rock lobster export trade.

The improved infrastructure will also provide a significant boost for aquaculture operators and tourism businesses in the region.