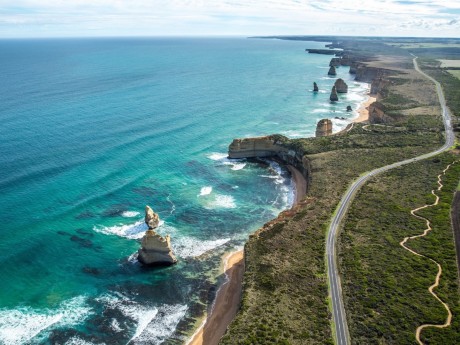 G21 today (30 Sept) calls on the federal government to rectify a recent “funding miss” for Geelong and the Great Ocean Road in Tuesday night’s Federal Budget.

“G21 is bewildered by the Great Ocean Road, Geelong and the Bellarine being excluded from applying for funding under the newly announced Recovery for Regional Tourism program,” G21 CEO Elaine Carbines said.

“By any measure this is a funding miss.  Hopefully it will be seen to be an oversight and will be fixed in Tuesday night’s Federal Budget.

“However, it is inexplicable that the Great Ocean Road, the most significant tourism attraction in Victoria, has been specifically excluded from the new Recovery for Regional Tourism program.

“Federal Tourism Minister Simon Birmingham said the new fund was to support internationally dependent tourism regions to adapt to appeal to domestic visitors in the short-term and welcome back international tourists down the track,” Ms Carbines said.

“Why were the Great Ocean Road, Geelong and the Bellarine specifically excluded from the funding when they are among the hardest hit tourism regions in the nation?” Ms Carbines said.

“This needs to be fixed.  The obvious opportunity to do so is in Tuesday night’s Federal Budget.”

Earlier in the year the Great Ocean Road Regional Tourism predicted that its region will see job losses in 2020-21 due to COVID-19 of between 4,700 and 6,330 based on best and worst-case scenarios.

The visitor economy is a significant contributor to that region, with 18 per cent of jobs directly and indirectly dependent on visitations. The industry represents more than 1900 tourism businesses; 1200 employing businesses and some 700 micro businesses.

Tourism Greater Geelong & The Bellarine earlier in the year said significant and long-lasting impacts had already hit 60 per cent of the directly employed tourism workers across wider Geelong.

Prior to the pandemic that sector of the economy employed 7,500 people directly — representing about 7 per cent of the total economy — and a further 3,700 indirectly in that tourism region.