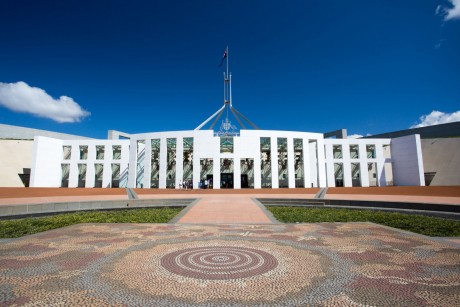 The G21 CEO and the five municipal council CEOs on the G21 board were in Canberra last week advocating for current and future regional needs, including essential upgrades to rail services.

G21 CEO Elaine Carbines said the delegation pushed for the immediate release of $700 million for the duplication of the rail track between South Geelong and Waurn Ponds stations.

“Duplication of that section of track is key to a number of other essential rail improvements across the region, including faster and more-frequent services on the Melbourne-Geelong line,” Ms Carbines said.

“The duplication will also allow more frequent services through to Colac and Warrnambool, opening up commuter and development options west of Geelong.

“Funds for the duplication are currently scheduled for 2023-24 financial year, which is an unacceptable delay for long-suffering rail commuters to Melbourne.

“The lag in funding is holding up solutions to the ‘rail pain’ that is being experienced daily by thousands of commuters.  To delay work on a solution for another three or four years, when the problem is acute right now, is pure folly.”

In additional to transport officials, the delegation also met with officials from federal departments responsible for a range of projects or needs within the G21 region.

“Successful advocacy requires detailed briefing of both politicians and their officials in order for them all to understand the region’s needs, and the rationale behind those needs.

“Officials provide G21 with useful insights into government programs and can assist with navigating potential funding and support opportunities.

“We sought updates on implementation of the City Deal for Geelong and the Great Ocean Road.  We wanted to be sure that the government is on track to deliver funds against the previously released implementation timeline,” Ms Carbines said.

“We understand the government is under pressure from the bush fires and Coronavirus.  This must not however delay the delivery on prior promises, around which business and the community have planned.

“The five G21 region councils also had municipal-specific needs and projects they raised with officials.”

The G21 delegation met officials from departments including:

WHERE TO GET INFORMATION ON CORONAVIRUS (COVID-19)