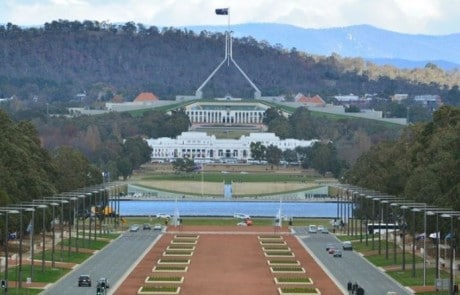 A G21 – Geelong Region Alliance board delegation to Canberra this week (2-3 March) will advocate for key G21 region infrastructure and community development projects, with the upcoming federal election as a backdrop.

G21 CEO Elaine Carbines said today (29 February 2016) the delegation would deliver messages to key politicians and their advisers about the challenges the region faces and the many new opportunities emerging.

“With a federal election this year, now is the time to be telling our politicians of the projects that we in the region identify as the most important to our future economic and social wellbeing,” Ms Carbines said.

“When election promises are being made over coming months we want politicians to have the G21 region’s specific priorities front-of-mind.

“The annual delegation is part of a long-term strategy to reinforce the merits and the importance of key projects with our political decision makers.

“The timing of this delegation is especially relevant given the recent ministerial reshuffle, meaning there are new ministers in key portfolios of interest to this region.”

This year the G21 board will again be advocating for G21’s ‘priority projects’, including:

• Revitalisation of the Geelong CBD
• the Land 400 project, which would see the region involved in the manufacture of the next generation of army combat vehicles
• solutions to clogged road access to Melbourne from Geelong
• faster rollout of broadband to the region, especially for education
• support for the growth of Avalon Airport, and
• the innovative GROW (G21 Region Opportunities for Work) project, to address disadvantage.

“A delegation of this nature, which includes representatives of the region’s five councils, demonstrates that we are united as a region,” Ms Carbines said.

“As always, the G21 delegation will speak with one voice, outlining a clear and agreed vision for our region.

“It’s a strategy that has paid dividends for the region in the past and we are confident it will again this election year.  However, we don’t expect to receive commitments to projects while in Canberra.”

The G21 board will spend Wednesday and Thursday (2-3 March) in Canberra and expects to meet with the following ministers, shadow ministers and key advisers, including: