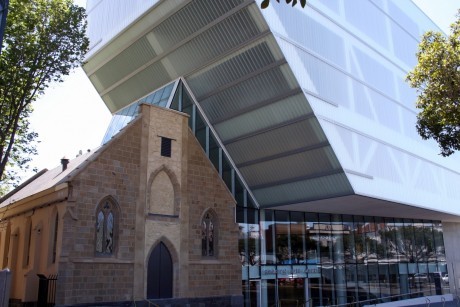 The Victorian Government has appointed Lendlease to deliver the $128 million next stage of the Geelong Arts Centre redevelopment fronting Little Malop Street.

The government said Lendlease’s ‘Geelong First’ commitment would put local partnerships, skills and innovation at the heart of the project and would ensure local suppliers and tradespeople, including social enterprises, were invited to tender on works packages throughout construction.

The company will participate in the GROW (G21 Region Opportunities for Work) initiative that works to reduce unemployment and promote the social prosperity of the region. GROW is a joint initiative of G21 and the Give Where You Live Foundation.

The Geelong Arts Centre’s Little Malop Street Redevelopment is funded by the government and will transform the existing building – providing new performance venues, vibrant new indoor and outdoor areas, dining options, box office and front and back of house facilities.

Designed by award-winning Victorian architects ARM, it is set to be another striking addition to Geelong’s cultural landscape, furthering Geelong’s reputation as a UNESCO City of Design.

The project design is being informed by the guidance of the Traditional Owners, the Wadawurrung people, to ensure that their history, culture and connected to the site are clearly reflected in the new centre.

The project will now start a period of investigation and planning to further develop the design and plan construction. Works are scheduled to get under way on site in late 2020 and the new centre is expected to open by 2023.

Source: Based on a state government media statement