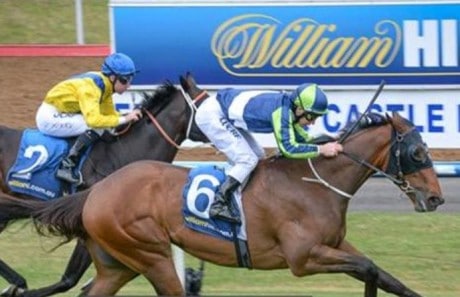 Geelong Racecourse is set for a $21,000 facelift thanks to support from the State Government.

The Minister for Racing, Martin Pakula announced the funding while inspecting works at the racecourse today (4 February 2016).

The upgrade will result in a major overhaul of the female jockey rooms valued at more than $12,500  and will include demolishing internal walls, new plaster and paint, better storage facilities and a new heating and cooling system.

Patrons will also be able to catch all the race-day action on 16 brand new flat screen televisions installed throughout the venue.  Public amenities will also be freshened up with new fixtures and paintwork.

Racing Minister Martin Pakula said: “The Geelong Racing Club has been proudly showcasing some of the best that racing has to offer since it was founded in 1865, and these upgrades will ensure that this tradition continues well into the future.

“Victorian jockeys work incredibly hard and deserve the best facilities off the track and these upgrades will ensure that our female jockeys have access to modern and updated facilities at this popular regional racecourse.”

Geelong Racing Club President Jamie Wilson said: “These upgrades will ensure an improved working environment for jockeys on racedays and, in particular, provide more space for an increasing number of female jockeys.”