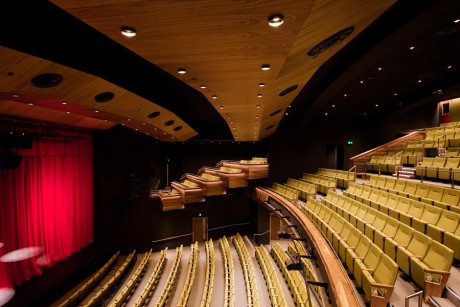 Geelong Performing Arts Centre (GPAC) is welcoming planning, environmental and development law specialist Michelle Quigley QC to the role of Chair of the trust board.

Ms Quigley, who attended secondary school in Geelong, commenced practice as a solicitor with Holding Redlich before being admitted to the Victorian Bar.

Her predominant area of practice has been planning and environmental law and compulsory acquisition. She was appointed as Queen’s Counsel in 2002.

A passionate advocate for the arts and the role creativity can play in shaping communities, in the late 1990s and early 2000s she worked pro bono with the Abbotsford Convent Coalition which opposed a planned redevelopment at the heritage-listed St Heliers Convent.

The campaign was successful and led to the establishment of the Abbotsford Convent, a creative and community space that now provides home to hundreds of artists and projects each year.

Ms Quigley is also Director and Secretary of the membership-based business organisation Melbourne Forum and a member of The Geelong College Council.

Ms Quigley takes the helm as GPAC enters a period of transformation with its $37 million stage two redevelopment.

Minister for Creative Industries Martin Foley said today (1 December 2016): “Ms Quigley’s experience in the law and the community sector, together with her strong strategic leadership, will be invaluable to GPAC as it enters its next stage of development.”

“I look forward to her contribution to GPAC, to Geelong and the region, and to our creative state.”

Geelong Performing Arts Centre Trust Chair Michelle Quigley QC said: “GPAC has been a much loved and valued cultural hub for the Geelong community for 35 years.”

“As the region continues to grow and change, I look forward to working with the Trust and staff to ensure that GPAC remains a vital, inspiring and  creative meeting place for all.”