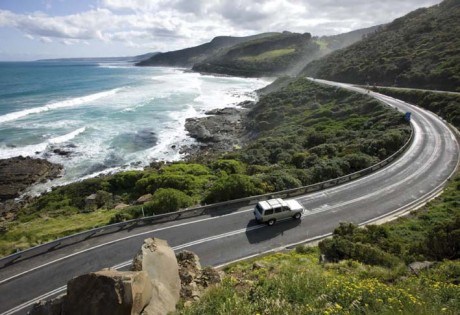 The Victorian Government has today (21 November 2016) committed $25 million to match federal government funding for the Great Ocean Road over a five year period, making a total federal/state package of $50 million.

Cola Otway Shire Mayor Chris Potter said the bipartisan support for the iconic coastal road was a great boost to the region, and recognised the road’s important role as one of Victoria’s and Australia’s biggest tourist drawcards.

“This is a great start, and it’s very positive news for regional tourism and local traders which have suffered significant downturns in their businesses due to the ongoing closures of the Great Ocean Road. Some of our accommodation businesses are reporting 30 to 70 per cent increases in occupancy coming into this Christmas period,” Cr Potter said.

“Colac Otway has been a strong advocate for a secure, ongoing joint state-federal funding model that reflects the Great Ocean Road’s importance both as a war memorial and the heart of our region’s $2.1 billion tourism industry.”

Cr Potter said it was vital that the state and federal governments continued to invest in our arterial road network, which was under threat from years of under investment.

“Colac Otway Shire is an agricultural area and one of the biggest producers of dairy products in Australia, and our communities rely on roads to move their products and people safely and efficiently,” he said.

“In Colac Otway, we’re seeing local roads being used by tourist, agricultural and freight traffic because the state-managed roads are so badly maintained that they’re dangerous. This is an unfair impost on ratepayers.

“We applaud this new partnership between the state and federal governments around our roads, and call for further cooperation in this space to ensure the roads that underpin rural productivity get the due recognition and funding they deserve.”

Funding the Upgrade of the Great Ocean Road is a project of the G21 Transport Pillar.

Source: Based on a Colac Otway Shire media release

ALL ABOARD: FERRY SERVICE SETS SAIL FROM PORTARLINGTON
Scroll to top