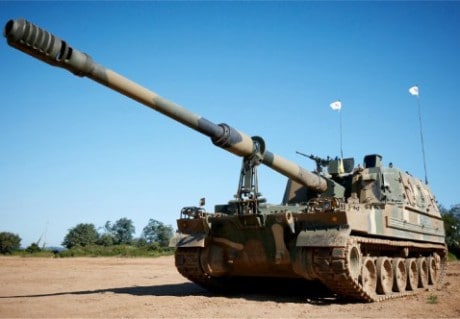 The federal government has released a Request for Tender to preferred supplier Hanwha Defence Australia, to build and maintain 30 self-propelled howitzers and 15 armoured ammunition resupply vehicles, and their supporting systems.

The Morrison government committed in 2019 to base the manufacturing of the howitzer vehicles in Geelong.

The deal is expected to provide 350 local jobs and support Geelong’s manufacturing sector for the next decade.

Defence procuremnt is a project for the G21 Economic Development Pillar.

Mayor of the City of Greater Geelong, Cr Stephanie Asher says, “This is a significant step forward in the tender process and fantastic news for manufacturing in Geelong. We applaud the ongoing efforts of everyone who contributed to this progress, not least our patron Senator Sarah Henderson, other community leaders and local members of parliament. The LAND 8116 program would provide a major boost for our manufacturing sector, not only through direct jobs but it will also provide significant flow-on benefits for other local suppliers. We would be delighted to welcome Hanwha to Geelong.”

Chair of the Geelong Defence Alliance (GDA), Joe Farrah says, “This is wonderful news for our region. The GDA has been working closely with Hanwha Defense Australia for some time now to assist its plans to establish an Australian manufacturing base here in Geelong. This project will provide critical artillery capability for the Australian Defence Force. Hanwha’s commitment to build and assemble locally is a credit to our manufacturing credentials, skilled labour-force and comprehensive infrastructure.

G21 – Geelong Region Alliance CEO, Elaine Carbines says, “We’re confident that Geelong’s strong track record, reliability and manufacturing capability will be a strong driver for future decisions regarding this project. The commitment to base the manufacturing of the howitzers in Geelong further cements our region’s growing reputation for high-quality defence manufacturing. The Australian Government’s broader commitment to increase local content in defence contracts has assisted in providing this great opportunity for our region.”

Committee for Geelong CEO, Jennifer Cromarty says, “We’re very excited to see this major project advancing. It’s an enormous opportunity for our city to work with a global leader in defence on the LAND 8116 program. We hope it will be a springboard for Geelong to secure other significant defence projects in the future and to leverage the significant capability of Hanwha in other sectors such as renewable energy and advanced materials manufacturing.”

Geelong Manufacturing Council CEO, David Peart says, “Geelong’s manufacturing and engineering capabilities are second to none in Australia. We are up to the challenge of becoming a key supply chain partner in major manufacturing projects. We look forward to working closely with our manufacturing sector to support this significant project.

Geelong Chamber of Commerce CEO, Ben Flynn says, “Geelong businesses have the skills, talent and expertise to complement and support the LAND 8116 program as well as other potential initiatives. We look forward to working with Hanwha and providing them with the right connections and networks to help them establish their Geelong facility.”