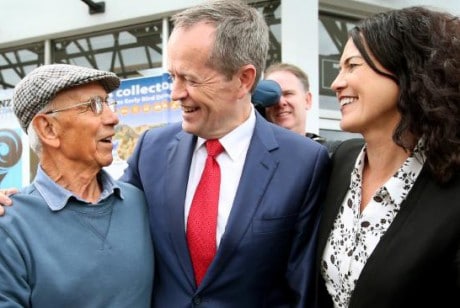 Labor pledged $1 million to plan for the duplication of the rail line between Waurn Ponds and South Geelong today (146 May 2016).

“Waurn Ponds is one of the great suburbs of Australia,” Mr Shorten said. “The story of Waurn Ponds is a story we’ve seen all over regional Australia and the outer suburbs.

“It’s most important that the people who live here have a government in Canberra that understands the life of the growth suburbs and the dreams of people who want to live in this part of the cites they inhabit. They want to be able to go to work and have their kids use public transport.”

The federal Labor pledge follows on from a $3 million commitment from the State Government for planning works over the 2016-17 financial year.

Ms Coker said duplication of the railway between the two suburbs would open up the link’s potential over the coming decade.

“It’s great to have Bill here in Geelong, he gets that we need better public transport connections, and this funding will help achieve that goal,” she said.