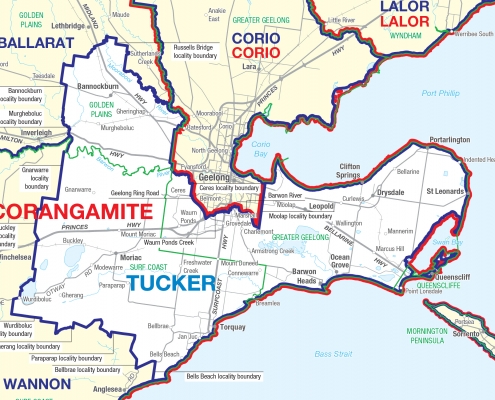 The federal electorate of Corangamite is set for a name change, honouring Margaret Tucker MBE, a trail blazing Aboriginal advocate and author.

The Australian Electoral Commission (AEC) published its redistribution recommendations last month with a significant re-drawing of boundaries for the G21 region.

It proposes a name change from Corangamite to Tucker in honour of Margaret (Lilardia) Elizabeth Tucker, a Yorta Yorta woman, for her significant work to create a more equal and understanding society for Aboriginal people.

Margaret Tucker was born in 1904 and forcibly taken from her mother to work as a domestic servant at age 13. She went on to become a founding member and treasurer of the Australian Aborigines League in the 1930s and spent her life campaigning for citizenship rights for Aboriginal people and for reconciliation. Her memoir in the 1970s “If Everyone Cared” was an early and important recount of mistreatment endured by her and many others from the Stolen Generations.

The proposed seat of Tucker would be geographically much smaller than Corangamite.

It would stretch to Bannockburn in the north, Wurdiboluc to the south-west, Bells Beach to the south and include the Borough of Queenscliffe.

The City of Greater Geelong would be unaffected, remaining split between Tucker and Corio.

Almost all of the Golden Plains Shire except for Bannockburn and immediate surrounds would switch from Tucker to the seat of Ballarat.

Written objections to the AEC’s proposal must be lodged no later than 6pm on April 16.