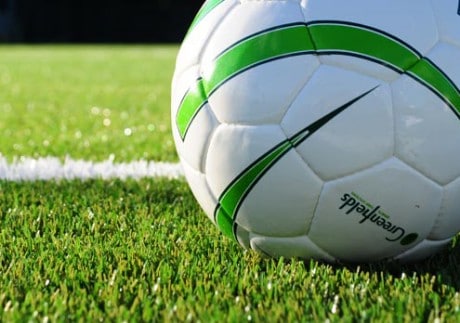 The is a G21 Priority under the Addressing Disadvantage project, and recognises that upgraded facilities can keep a community active, and will help tackle obesity, community health and wellbeing and depression,

Soccer is as popular as ever in Australia. Our Socceroos are the reigning AFC Asian Cup champions, while thousands of Victorians turn out to A-League games each week. The world game is just as popular at the grassroots level too.

The new complex includes a synthetic pitch, complete with floodlighting, fencing, player shelters, removable goals, storage areas and benches for spectators. When complete, the project will increase participation by 1500 people each year.

The State Government’s $100 million Community Sports Infrastructure Fund is helping clubs update tired grounds and build the facilities they need all over the state.

The $10 million fund for women’s change rooms is the single biggest investment in women’s participation in sport by an Australian state government.

The project is being funded in partnership with the City of Greater Geelong.

“We’re listening to local communities, who say they need more space for sport to accommodate higher numbers than ever before. We love our soccer in Geelong. The game is as popular as ever, so we’re giving players of all abilities a state-of-the-art venue they can be proud of.  We promised Geelong the best sports facilities, and that’s exactly what we’re delivering,” said Minister for Sport John Eren.

HAVE A SAY ON LOCAL GOVERNMENT ELECTORAL REGULATIONS