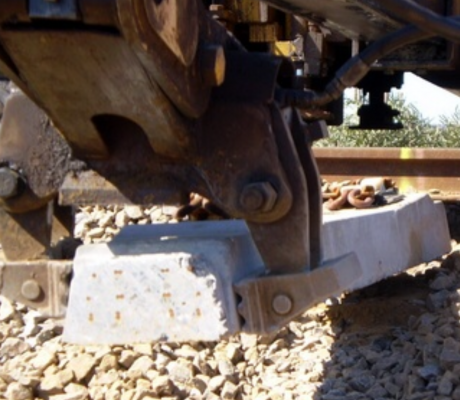 Local manufacturer Austrak will supply more than 125,000 concrete sleepers for the Murray Basin Rail Project, supporting more than 20 jobs at their Port Wilson facility, on top of the 280 jobs the project will create.

Minister for Public Transport and Employment Jacinta Allan made the announcement today (3 March 2016) and again called on the Federal Government to partner with the State Government in funding and delivering the $416 million project.

Murray Basin Rail will boost the safety, capacity and reliability of freight services in Northern Victoria, and better connect primary producers to the State’s major ports in Portland, Geelong and Melbourne.

The $11 million worth of concrete sleepers are needed to commence Stage 2 of the project, which will re-open the Maryborough to Ararat line. The project will see 95 per cent materials sourced from within Australia, with 90 per cent being sourced directly from suppliers in regional Victoria.

This ensures the economic benefits from the project flow directly back into communities in regional Victoria, providing a boost to local manufacturing and economic activity, while the State Government works to unlock the potential of Victoria’s rail freight network.

The State Government is investing $220 million in the Murray Basin Rail Project, and is seeking Federal Government support to deliver this project of critical importance to the Victorian and Australian freight network.

The Minister for Public Transport and Employment Jacinta Allan said: “The Murray Basin Rail Project will boost the safety, reliability and capacity of freight services in Northern Victoria, create hundreds of jobs, and support hundreds more at local manufacturers like Austrak.”

“The 125,000 sleepers will be made right here in Victoria and will be used to re-open the Maryborough to Ararat line.

“The Federal Government has had the business case for this project for more than six months. It stacks up, it supports out primary producers, and it’s time for the Malcom Turnbull to back it.”

“More than 90 per cent of the materials for the Murray Basin Rail Project will be sourced from local manufacturers like Austrak, ensuring Victoria’s infrastructure is built by Victorians.”