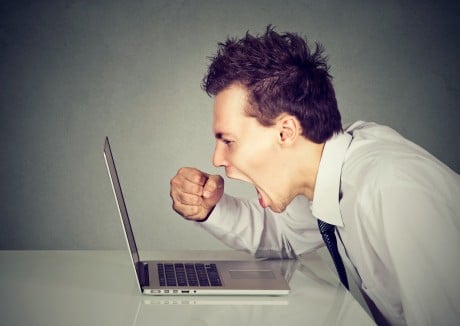 MOST STUDENTS RETURNING TO SCHOOLS ACROSS THE GEELONG REGION THIS MONTH WILL BATTLE LIMITED ACCESS TO ONLINE LEARNING RESOURCES DUE TO INADEQUATE INTERNET IN THEIR CLASSROOMS.

G21 has praised the state government for its significant investment in new and upgraded school buildings and facilities across our region in recent years.

While physical school infrastructure is important, increasingly the Victorian curriculum calls for access to on-line resources world-wide for learning and teaching.

Education – more than bricks and mortar

Each day in most of the G21 region’s public secondary schools students and teachers can’t access the resources they need due to internet bandwidth limitations.

In some public secondary schools only one class can access the barely-adequate internet for on-line learning at the one time – and that’s on a good day!

G21 has learned that some parents are resorting to providing their children with data-loaded mobile phones to Bluetooth-link the student’s laptop to 4G mobile so as to get usable internet in the classroom.

In short, our region’s students are missing out.

Two years ago the Barwon Regional Partnership, the state government’s own regional consultative committee, made school internet its ‘number one’ priority project.

The partnership called on the government to fund fast internet to all Geelong region secondary schools (both public and private).

The region had even made it easy for the government, packaging up a ready-made solution to the currently inadequate internet at many of our schools.

The Geelong Secondary Schools and Community Digital Learning Hub solution would only cost around $4.5 million and be delivered through the AARNet; a not-for-profit research and education network jointly owned by the CSIRO and Australian universities, including Deakin University.

AARNet is widely regarded as the founder of the Internet in Australia and renowned as the architect, builder and operator of world-class high-speed low-latency network infrastructure.

It is in part funded indirectly by investment from both state and federal governments.

Despite it being a much-needed community priority, the state government has failed to implement the Digital Learning Hub utilising AARNet.

Subsequently, most private secondary schools in our region have themselves funded access for their students and teachers to AARNet.

This is unintentionally creating a divide between public and private secondary schools within our region.

At least seven private schools are benefiting from subscriptions to the super-fast high-capacity AARNet internet, while just one public secondary school has been able to afford to do so.  Twenty other secondary schools in the region can’t afford to connect.

Geelong region has more than 40,000 secondary and primary students, yet the uncomfortable truth is that our school retention and Year 12 completion rates lag well behind state averages.

Almost one-in-three students in our region are not completing Year 12, compared to about one-in-five in Melbourne.

The state government has reintroduced technical schools to Victoria; a move G21 welcomes and applauds. Geelong Tech is up and running, with full access to AARNet.

Sadly, most public school students after attending course units with access to high-capacity internet at Geelong Tech must then return to their own schools’ inferior classroom internet.

Students’ ability to take their Geelong Tech learnings further at their home school is potentially limited by poor internet.

Geelong’s worthy aspiration to be a ‘clever and creative’ city, with a workforce proficient in digital technology to attract high-tech businesses and start-ups, must begin with our students.

The labour market of the future will be highly-skilled, it will require strong education, technical, interpersonal and collaboration competencies. It will be global, with specialists in multiple countries working together to create novel products, services and experiences.

The generation on whom the region’s future in digital technology depends is currently largely unable to access the level of digital learning and world-wide collaboration required to develop and succeed in this increasingly competitive sector.

Unless that changes, incrementally, students in our region will become less competitive in the labour market of the future, compounding the existing socio-economic divisions and skill gaps.

The Victorian Education Department says it will double current school internet speeds to 100mb per second, but this is 10 times slower than AARNet’s slowest speed.

It’s not nearly enough. Especially when multiple classes are trying to access the internet simultaneously through limited bandwidth.

The Digital Learning Hub via AARNet can provide each Geelong region secondary school with a high-capacity connection to meet the learning requirements of their students, teachers and the wider community.

With their own extensive fibre optic cable network, AARNet is orders-of-magnitude faster than the NBN.  And multiple classes across the school can use the internet simultaneously without performance issues.

The ‘Ecosystem’ element of the Digital Hub proposal is designed to expose students and their teachers to new ideas, curriculum content and support opportunities, such as:

The Digital Learning Hub & Ecosystem proposal is a partnership of all secondary schools in Geelong, Colac-Otway and Surf Coast municipalities, along with Deakin University, The Gordon TAFE, Geelong Regional Library Corporation, with support from G21 through its Education & Training Pillar (or working group).

The Digital Learning Hub has been a long-standing G21 Priority Project, signifying its importance in the minds of the G21 Board and members.

The state government says Victoria is ‘The Education State’.

The government’s huge investment in its first term on new and upgraded school buildings was welcome and appreciated.

However, student learning is increasingly about having access to digital interactive education resources world-wide, via state-of-the-art high-capacity broadband.

Our region’s children must have the internet tools to access learning resources to meet the challenges of the digital age.

Our children’s future depend on it. As does our region’s future as a strong digital-based economy.

Listen here to G21 CEO Elaine Carbines talking about this issue to Mitchell Dye on 94.7 The Pulse.

Editor’s note: A version of this article was orginally published in the Times News Group newspapers