SECOND RIVER CROSSING OUT TO MARKET 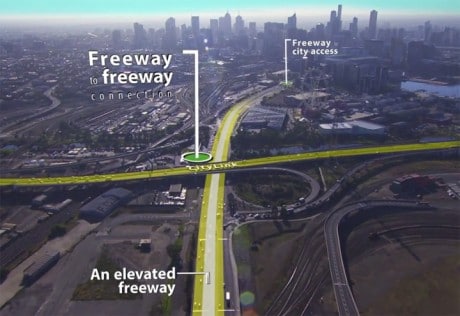 Two weeks after it was fully funded in the Victorian Budget 2016/17, Melbourne’s second river crossing – the Western Distributor – has been put out to market.

Premier Daniel Andrews today (10 May 2016)  joined Minister for Roads Luke Donnellan and Transurban CEO Scott Charlton to announce that a world-class field of international constructors are expected to bid on the $5.5 billion Western Distributor, after an extensive market engagement process.

The firms that have been invited to express interest are:

An updated reference design will be developed in response to the ongoing extensive community and stakeholder consultation, and will be released mid- year in time for the next stage of the tender process.

The tender process will be complete by the end of 2016, and the design will be thoroughly assessed through the Environmental Effects Statement (EES) process, including with extensive public exhibition and consultation.

The Western Distributor’s new tunnel and long overdue second river crossing will cut travel time from Geelong and the west by 20 minutes. It will slash congestion, boost the Victorian economy and create 5,600 new jobs.

The State Government fully funded the Western Distributor, after the Federal Government declined to partner on the project.

This comes after the State Government fully funded and released the Metro Tunnel project to the market – two massive road and rail projects that are the centerpieces of a new Victorian construction jobs boom.

The Western Distributor EOI closes at 5pm on 26 May. Construction will start in late 2017 and the project will be completed in 2022.

The Premier Daniel Andrews said: “The Western Distributor is a fantastic project that will slash travel times from Geelong and the west and create 5,600 new jobs.”

“Melbourne’s second river crossing is fully funded, out to market – and we’re getting it done.”

Minister for Roads Luke Donnellan said: “We’re developing this project in consultation with the local residents and businesses, local councils and industry to deliver the future infrastructure needs of Melbourne.”

“We expect that the construction market will bring their experience and innovation to further enhance this important project.”