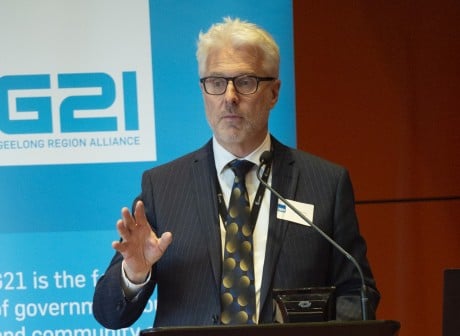 Surf Coast Shire CEO Keith Baillie has announced he will be taking up a new CEO position at Geelong based not-for-profit, Gforce Employment Solutions, after more than five years as CEO at Surf Coast Shire Council.

Keith is a G21 Board Director through his role as Surf Coast CEO. Keith has demonstrated enormous drive and commitment to the region and in advocacy meetings with State and Federal politicians and Senior Bureaucrats. He will commence his new role in September .

Outgoing CEO Rob Birch is to be commended for his strong dedication to Gforce during his 21 years with the organisation, the past eight years as CEO. Rob has played a considerable part in the growth and success of the Gforce Group and will remain a significant figure in the history of the organisation.