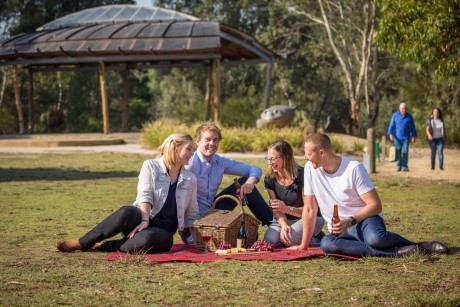 Golden Plains Shire Council is inviting public feedback on the Teesdale Structure Plan and Planning Scheme Amendment C92, as part of the final step to implement the long-term township plan.

In preparing the new plan, Council undertook community consultation from 29 August to 20 October, 2019. A total of 198 people completed the online and paper survey or attended one of the two conversation posts held in the town. The Teesdale Structure Plan was endorsed by Council in April and this consultation process is part of the final process to incorporate the plan into the Planning Scheme.

From today, the Teesdale Structure Plan and Planning Scheme Amendment C92 are on public exhibition until 25 January 2021. During this time, any person who may be affected by the amendment can make a submission. Submissions must be made in writing and sent by email to enquiries@gplains.vic.gov.au, referencing Teesdale Structure Plan, or mailed to: Attn: Strategic Planning, Golden Plains Shire, PO Box 111, BANNOCKBURN VIC 3331.

During the public exhibition period, there are a number of ways for residents to find out more about the Structure Plan and Planning Scheme Amendment, including an online drop-in session on Monday 7 December, 2020 from 4.30 to 7pm, and after-hours phone consultations with the Strategic Planning team on Wednesday 9 December and Monday 14 December until 7pm.

The Strategic Planning team will also be available to speak over the phone about the plan during business hours from 26 November 2020 to 25 January 2021, except during Council’s Christmas Closure from 5pm, Thursday 24 December 2020 to 8.30am, Monday 4 January, 2021. To take part in a phone consultation either during business hours or the after-hours session, residents can call 5220 7166.

The Teesdale Structure Plan, Planning Scheme Amendment C92 and related documents, as well as further information on the community engagement opportunities can be found at goldenplains.vic.gov.au/consultations. The Structure Plan and documents are also available on the Department of Environment, Land, Water and Planning’s website: delwp.vic.gov.au/public-inspection. To request a hard-copy, residents can call Council’s Customer Service team at 5220 7111.

Mayor Cr Helena Kirby encourages interested residents in Teesdale and its surrounds to view the Structure Plan and have their say during the public exhibition process.

“The Teesdale Structure Plan is a strategic plan that will guide the long-term growth of the town into the future, providing certainty of the planning direction of the township.

“Having developed the Structure Plan with input from the local community last year, Council is now inviting further feedback on the plan and the planning scheme amendment to implement it, and I hope all interested locals will take the opportunity to provide their feedback.

“Council has designed this next stage in the consultation process with COVID-19 restrictions and the festive seasons in mind, with feedback open until late January, and phone consultations with the Strategic Planning team available during and after business hours, as well as an online drop-in session in early December.”