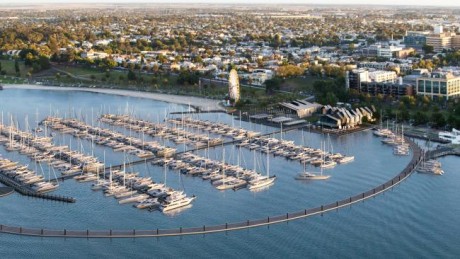 ASPIRATIONS for a vibrant, clever and creative future City of Greater Geelong are crystallised in an Our Future document to be considered for endorsement by council leaders.

The document Greater Geelong: A Clever and Creative Future is intended as a regular reference point for future councils, governments, community organisations and businesses.

It states the community’s vision as: “By 2047 Greater Geelong will be internationally recognised as a clever and creative city-region that is forward-looking, enterprising, adaptive and cares for its people and environment”.

Creative technology: Being a leader in developing and adopting a variety of affordable technologies, attracting innovative hi-tech industries; having a digital inclusive index score (measuring access, affordablity and digital ability) greater than 70; increasing percentage of workforce employed in creative industries; having Greater Geelong rated in the top 200 on the Global Innovation Cities index; increasing the number of innovative start-ups in the city and region.

Transport: Being able to travel between Geelong and Melbourne within 30 minutes; having an international passenger and freight airport connecting to the world; having 50 per cent of journeys to work being made via public transport, walking or cycling.

Public safety: Having 95 per cent of residents agree they feel safe where they live; having crime statistics 20 per cent below the Victorian average.

Inclusion and social connection: No Greater Geelong postcodes in the bottom 20 per cent of the Socio-Economic Indexes for Areas; workforce participation in the most vulnerable suburbs higher than state average across all age groups; 100 per cent of public places in Greater Geelong disability access compliant.

Sustainability and environment: Investing in renewable industries and research; planning and delivering reduction in carbon emissions; having businesses adopt clean technology; moving to zero waste; having suburban tree canopy greater than 25 per cent; having no net loss of open space by surburb; having 10,000 people living in central Geelong; increasing the quantity and quality of protected natural habitat.

The Our Future process between August 2016 and May 2017 followed recommendation from a 2016 Commission of Inquiry report.

More than 350 people attended a final Our Future assembly.

Council leaders at their meeting on July 25 will be recommended to endorse the vision, for regular consultation across years and refreshing in 10 years.

The Greater Geelong: A Clever and Creative Future report is part of the agenda for the July 25 meeting. Find the agenda here.