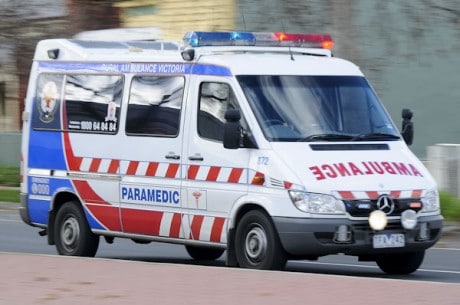 The station will provide the local community with a modern facility in the centre of the town, giving them peace of mind that life-saving paramedics are around the corner, when they need it most.

Winchelsea is the gateway to major tourist destinations and the Great Ocean Road, meaning the new station is ideally located for paramedics to respond to emergencies faster across the Surf Coast, while supporting existing services in Colac Otway Shire and Greater Geelong.

The State Government has invested $1 billion to deliver more paramedics, more vehicles and more stations. This includes a big $299 million boost in the Victorian Budget 2019/20.

The latest data shows ambulances managed the largest number of emergency cases for the July to September quarter, with 78,130 Code 1 call-outs across Victoria. This is up from 69,753 in the same quarter a year earlier.

Paramedics managed more than 8300 extra callouts in the September quarter, arriving within the benchmark of 15 minutes for 83.3 per cent of Code 1 calls – up from 71.8 per cent in 2014.

The average time for an ambulance to reach the scene of a Code 1 emergency in the Surf Coast Shire over the same period has improved from 19:39 minutes to 13:46 minutes – nearly 6 minutes faster.

Planning and Services Pillar 31/05/2021
Colac Otway Shire Council is set to start the search for a land developer interested in buying council-owned land near Lake Colac, to create a residen ...

31/05/2021
The Victorian Government has launched the Circuit Breaker Business Support Package to assist small to medium Victorian businesses, including emplo ...