G21, through the Economic Development Pillar, is lobbying for the establishment of Bay West as Victoria’s next shipping container port.

The area proposed for the Bay West site is on the northwest coastline of Port Phillip Bay between Point Lillias, near Geelong, and Point Cook.

The location would benefit from the industrial land opportunities and transport links close to Geelong, and the proximity of the nearby Avalon Airport.

Infrastructure Victoria has identified Bay West as the preferred location for a new container port once the Port of Melbourne reaches capacity of 8 million TEU around 2055, saying the site was also well suited to becoming Melbourne’s future port in the longer term.

Bay West was identified as the preferred location over Hastings as it had strong transport, land use, environmental and amenity advantages.

Bay West has good transport connections and few land use conflicts. It is the optimal location for most of Victoria’s exporters as it would help keep their supply chain costs down, which is important to ensure Victoria’s ongoing competitiveness.

While current analysis and projections indicate a second container port is unlikely to be required for many years, Infrastructure Victoria has recommended some immediate actions to protect the Bay West location for future port use, including land reservation and transport corridor protection.

They have also recommended continuous monitoring of environmental conditions in Port Phillip Bay.

Infrastructure Victoria’s advice is not binding but is intended to assist the Government with ports planning and investment decisions. The advice was provided to government along with all technical reports and feedback from the consultation program. 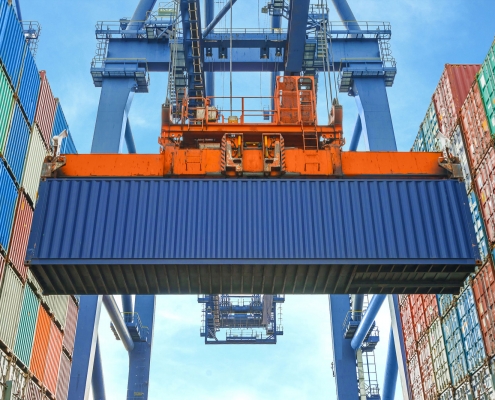