Show your support and send a message to local politicians

Surf Coast Shire Council is encouraging community members to email MPs and candidates via its web portal to highlight what the project would mean for the community.

The Surf Coast Cultural Centre will create a striking new artistic hub in Torquay, modernising undersized existing facilities and providing a place for lifelong learning, social connections and expression through the arts.

The two-stage project will incorporate the:

Stage one plans for the centre include redevelopment and expansion of the Australian National Surfing Museum, with its internationally-significant collection, joining Torquay Library and Torquay Visitor Information Centre in a new building incorporating the existing redeveloped Multi Arts Centre, MAC.

The total project will bring significant economic benefit for the region with construction projected to support 148 jobs and a completed stage one forecast to inject an additional $243 million in direct and indirect tourist expenditure in the Great Ocean Road region, supporting more than 750 jobs.

Development of the Surf Coast Cultural Centre is recognised under the Creative Industries and the Cultural Economy Priority Project. 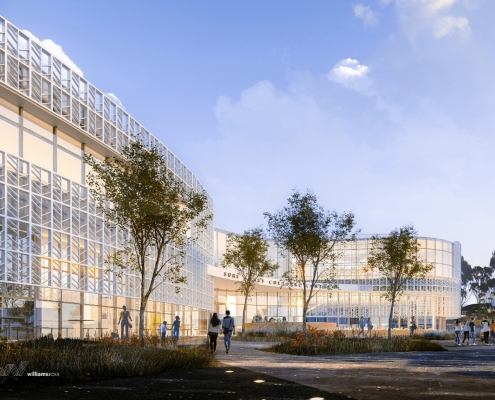