Powering Community Buildings With The Sun 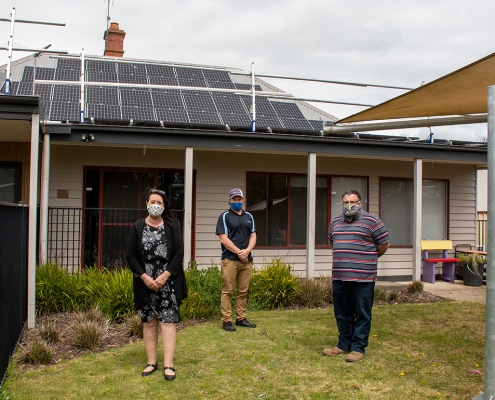 Community buildings in Meredith, Scarsdale, Inverleigh, Haddon, Teesdale and Bannockburn are now solar powered thanks to funding from the Berrybank Wind Farm.

As part of the wind farm’s community engagement and benefit sharing plan, solar panels have been installed on seven Golden Plains Shire buildings, including the Inverleigh Early Learning Centre and the Bannockburn Family Services Centre.

The 195 panels are expected to reduce carbon emissions by 98.5 tonnes per year.

Stage 1 of the Berrybank Wind Farm is complete with 24 wind turbines built in the south-west of Golden Plains Shire and 19 over the border in Corangamite Shire. Construction recently began on Stage 2 of the wind farm with a further 26 turbines built across the two municipalities.

G21 REPORT TO THE REGION
Scroll to top