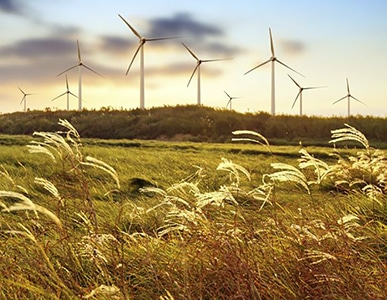 It has been an exciting fortnight for clean energy investment in G21 with three major projects getting underway. The Big Battery at Moorabool was turned on, approval was granted for the largest wind farm in the southern hemisphere and GeelongPort showed ambition and leadership by announcing a $100m investment in a new green hydrogen hub.

Big projects such as these are making it clear to Australia and the world that G21 is open for business and is actively seeking partners to invest in a decarbonised economy.

The Big Battery at Moorabool has been switched on to safeguard the power supply as the state heads towards a fully decarbonised economy by 2050. The 300-megawatt battery is one of the world’s largest. Energy Minister Lily D’ambrosio said 80 per cent of its capacity would be reserved for moments when the state’s power supply was under high stress, when it would be able to power more than 650,000 homes for an hour.

GeelongPort is expanding its current operations to establish the Geelong Hydrogen Hub, a production and distribution facility for Green Hydrogen that will accelerate Victoria’s transition to a clean energy future. Having partnered with CAC-H2 as the Hub’s foundation green hydrogen developer, GeelongPort is seeking further expressions of interest from energy manufacturers and retailers and local businesses. GeelongPort recently became Australia’s first bulk port to receive carbon neutral certification.

Construction on the biggest wind farm in the southern hemisphere will start in Victoria next year after the state’s Planning Minister gave the final tick of approval to the $2 billion facility.

The site at Rokewood will be home to more than 200 turbines and cover 167 square kilometres. The construction phase is expected to bring 700 jobs to the area.

Under the plan, WestWind will give annual payments to neighbours, starting at $1000 per turbine to those who live within two kilometres of them.