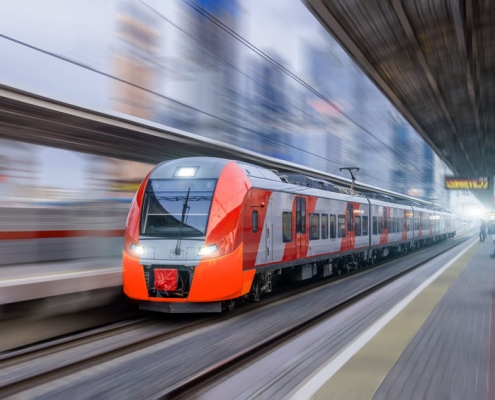 An industry search to help deliver faster rail services for Geelong has already drawn a significant pool of interested businesses and specialist suppliers with considerable experience on major projects here and overseas.

Since February, more than 70 international, national and local organisations have flagged interest in building or financing stage one of Geelong Fast Rail.

The strong response comes as part of an ongoing Registrations of Interest process for the project, which will cut travel times between Geelong and Melbourne to around 50 minutes and support over 2800 jobs during construction.

Registered organisations include those in the fields of construction, engineering and rail systems, while other specialties include architecture and finance.

G21 has long advocated for improved rail services between Geelong and Melbourne to cope with existing and future demand as the region grows rapidly, and it is a key ask under its Regional Rail Connections Priority Project.

An extensive site investigations program is expected to start later this year, to better understand existing ground conditions along the rail corridor.

There are two rail corridors to Geelong: one via Werribee and one via Wyndham Vale, Tarneit and Sunshine.  The Werribee corridor is around eight kilometres shorter and has been selected as the route for faster Geelong services.

Construction on the first stage of Geelong Fast Rail is expected to commence in 2023 subject to relevant federal and state planning, environmental and government approvals. A total of $4 billion has been allocated towards the project, comprising $2 billion each from the Victorian and Commonwealth governments.

The first stage of Geelong Fast Rail supports faster services and complements a series of other investments along the Geelong Line to increase the capacity, reliability and frequency of services. These include the Waurn Ponds Station upgrade, Waurn Ponds stabling facility and South Geelong to Waurn Ponds Duplication.

More information on the first stage of Geelong Fast Rail is available at railprojects.vic.gov.au/geelong-fast-rail