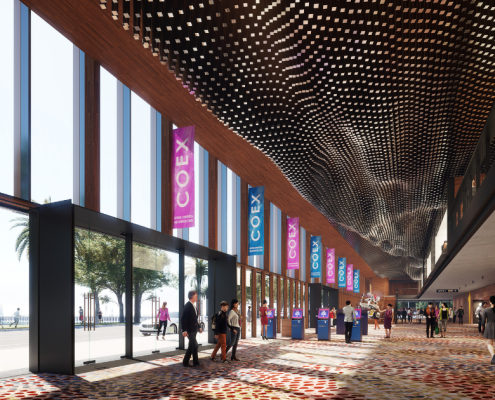 The much-anticipated Geelong Convention and Exhibition Centre (GCEC) will receive an additional $120 million to include a luxury 200-room hotel, retail and commercial outlets.

Early works, including geotechnical investigations, are currently being undertaken to prepare the site for major construction.

The precinct will also include a 1,000-seat plenary venue which will be developed with 3,700 square metres of flexible multipurpose space to allow large and small events to run concurrently.

The GCEC will support 600 jobs during construction and an additional 270 ongoing jobs once complete. The hotel will further boost employment opportunities and strengthen the region’s visitor economy.

The Victorian Government and Deakin University have agreed on a sale process to enable the transfer of ownership of Deakin’s waterfront car park site to the state, subject to approvals.