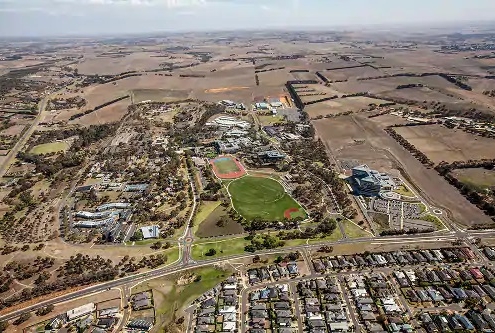 Construction at the Geelong Future Economy Precinct at Deakin University’s Waurn Ponds campus continues to advance, with the third and final stage of the $11.5 million infrastructure expansion nearing completion.

Stage 3 of the major road upgrades involves extension of Epworth Place into the existing road network near Carbon Revolution. Roadworks are expected to be completed by September 2021.

The road upgrade project is funded through the $382.48 million Geelong City Deal – a 10-year partnership between the Australian and Victorian governments and the City of Greater Geelong.

This investment will improve access to our emerging advanced manufacturing industries at the site which include biotech, renewable energy and robotics.

Stage 1 of the project was completed in May 2020 with two sets of traffic signals installed at Deakin on Pigdons Road to increase traffic safety and site access.

Stage 2 of the expansion was completed in July 2020 with Nicol Drive North and South extended by 900 metres to increase internal access to the Geelong Future Economy Precinct.

More information on the Geelong City Deal is available at: www.infrastructure.gov.au/cities/city-deals/geelong.