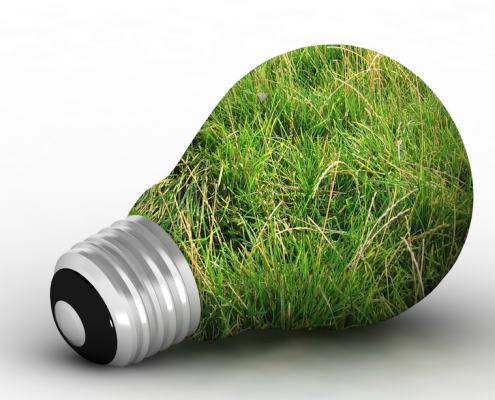 While the world’s G7 leaders were recently in the UK comparing notes on clean energy and climate goals, our region’s G21 mayors and councillors were getting down to business.

A couple of weeks ago, four of our councils - Greater Geelong, Surf Coast, Golden Plains and Queenscliffe – joined 42 other Victorian councils in signing up to the Victorian Energy Collaboration.

This partnership is the biggest in the state’s history and will enable our municipalities to collectively purchase renewable energy to run libraries, depots, childcare centres, street lighting and other facilities. The City of Geelong - the biggest of the 46 councils – will run on 100 per cent renewables.

Our other G21 region council, Colac Otway, already uses 100 per cent green power and is on track to become the first carbon-neutral council in rural Victoria.

Together, our councils will contribute to cutting a quarter of a million tonnes of carbon emissions a year in Victoria and reducing municipal electricity bills by up to 35 per cent. Ratepayers will be pleased to know this will free up money to invest in services and infrastructure.

It’s also a very strong signal to investors and markets that the G21 region is open for clean energy investment and industries – and a tantalising opportunity beckons.

G21 is in the midst of a massive population boom and arguably the fastest-growing region in Australia – 2.6 per cent growth annually in the last five years. On current projections, we’ll be adding another 200,000 residents by 2041, making us a region of more than half a million people.

The demand for energy will be intense.

The demand for education, skills and jobs in new industries will be intense.

The demand to protect people and our treasured natural environment from bushfires, storms, rising sea levels and drought will be more than intense.

So how do we create the conditions in our region for markets to get going and drive this transformation?  In addition to local action and policies, the G21 region has some serious assets up its sleeve which position us exceptionally well to build a clean energy economy.

First, we have a deep history of industry and production. This region played a major role in making Australia a rich country. A lot of heavy lifting was done here. Cars were made, aluminium was smelted; wool and grain were grown and exported and still are.

We have the industrial infrastructure, a workforce with a unique skill-set honed over decades and an ingrained understanding of how to make things. There are new industries, new players, new markets for us now.

Hydrogen is emerging as a clean energy fuel to power homes, cars, businesses and heavy industry. It is the great new hope touted by scientists, governments and investors.

Specifically, the race is on worldwide to develop “green” hydrogen. This is hydrogen produced using renewable energy. There are no greenhouse gas emissions in making it and no emissions when you use it. It is the cleanest of clean energy. Technology and production so far are not at a competitive price point but once they are, it may well be the most exciting chapter in the energy revolution yet.

The region has a growing number of large-scale wind farms and the biggest renewable energy storage battery in the southern hemisphere is being built here.

We have GeelongPort – an established gateway for energy-related trade commodities including crude oil, natural gas, wind turbines and, in the future, hydrogen as a scalable energy source and exportable commodity.

On the port’s doorstep is the VIVA refinery which has very definite plans for clean energy production. Viva is one of the last two remaining refineries in Australia. It has an existing, highly-skilled workforce whose chemical engineers will tell you they already make hydrogen, just not the green variety – yet.

Viva’s neighbour is chemical company Incitec Pivot, which makes ammonia, a key ingredient in liquefying hydrogen so it can be transported.

The port is supporting all of its tenants in their clean energy transition plans and will play a critical role in the Victoria’s shift to a low-carbon economy.

Another major asset is Deakin University, which is making significant investment in hydrogen research and is growing its campus for innovative manufacturing startups, in partnership with industry. We also have The Gordon – one of the oldest and best vocational skills training institutions in the land.

We have a refreshed set of Victorian targets to cut emissions by 50 per cent by 2030 and a 50 per cent renewable energy target. This will help drive investment in new technology and markets.

We have a pledge of $275 million from the federal government to build four hydrogen production hubs in regional areas – here’s hoping G21 region can secure one of those.

And of course, we have a growing regional market of energy consumers.

So there you have it, a unique mix of all the right pieces. And with that, such great potential to create a virtuous circle of economic and environmental benefit for our region.