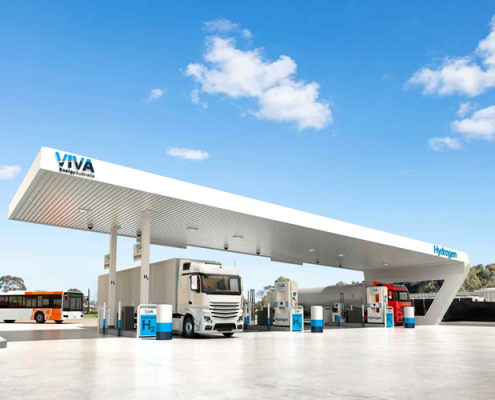 The service station, which is expected to open in late 2023, will play a critical role in reducing diesel emissions in heavy transport vehicles.

The project will incorporate a 2-megawatt electrolyser for the generation of renewable hydrogen, using recycled water from Barwon Water’s Northern Water Plant.

The project received a $22.8 million grant from the Australian Renewable Energy Agency (ARENA) as part of ARENA’s Advancing Renewables Program.

The Victorian Government also contributed $1 million to the project via the Renewable Hydrogen Commercialisation Pathways Fund.

A Regional Led Bid For The 2026 Commonwealth Games