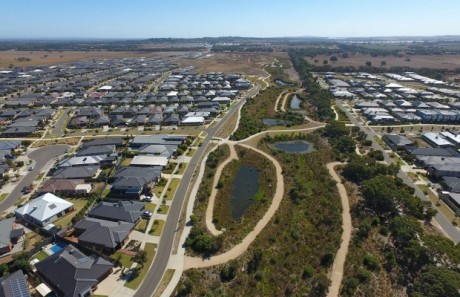 Geelong is growing faster than Australia’s five largest capital cities and faster than other major regional cities across the nation, yet critical government infrastructure to support that massive Geelong region growth is lagging years behind.

Over the last five years Geelong has grown at a pacey 14.2 per cent; faster even than Melbourne at 13.3 per cent, which is the largest growth rate among the nation’s capital cities.

The Australian Bureau of Statistics data [compiled by .id the population experts into a ‘Top 50 Cities’ table to 30 June last year – see extract attached] shows Sydney’s five-year growth was 10.1 per cent, Brisbane 10.2 per cent, Perth 5.4 per cent and Adelaide 4.4 per cent over five years.

In the 12 months to 30 June 2019 Geelong grew faster than any of the top 20 largest (by population) ‘significant urban areas’ within Australia, at 2.8 per cent. Only Melbourne and the Sunshine Coast came close; both at 2.3 per cent.

“When you put Geelong’s growth into a national context is it unacceptable that the fastest growing regional city in Australia is still begging for a decent rail service to Melbourne,” Ms Carbines said.

“Governments continue to procrastinate about a solution to congested slow train services between Melbourne and Geelong. A solution is now a decade into the future and gets further away every day we delay.

“Governments have spent big on protecting people against coronavirus, however, to reboot the economy governments must keep spending on well-chosen major projects in order to create jobs.

“Governments are looking for those projects now and this region has both the need for such investment and a compelling case.

“Existing train services are inadequate for the current population’s travel needs.  Imagine what it will be like in several years when Geelong has an extra 100,000 people living to its north, many of whom will expect to commute to Melbourne.”

Ms Carbines said G21 has a list of priority projects ready and urgently needing to be funded or progressed faster, including:

The full list of G21 Priority Projects can be viewed at: g21.com.au