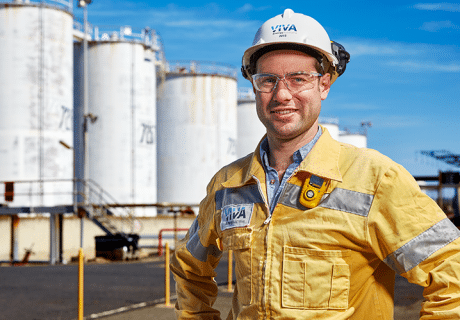 G21 calls on the federal and state governments to support Viva Energy’s Geelong refinery in order to save local jobs, protect the regional economy and help ensure liquid energy security for the nation.

“I have previously raised the issue of the Viva refinery’s future with Federal Assistant Minister for Regional Development and Territories Nola Marino,” Ms Carbines said.

“I have also this morning asked the Regional Development Victoria local director to arrange a full briefing on the situation for G21 and other key peak representative bodies from across Geelong, as a matter of urgency.

“Make no mistake, to lose Viva from Geelong would inflict significant economic pain on the Geelong community and incalculable personal pain on Viva’s 700 workers and their families.

“This is also about the ongoing wellbeing of the Victorian economy post-COVID.  And it’s about the nation’s ability to maintain a crucial refining capability at a time when the Australian government is desperately trying to bolster the nation’s liquid fuel reserves and security.

“Viva’s Geelong refinery is Australia’s only aviation fuel processor and provides about 50 per cent of all of Victoria’s liquid fuel.  As one of the last four operating refineries in Australia, Viva plays a key role in preserving domestic fuel security.

“Now is the time for Canberra and Spring Street to work hand in glove to find a workable solution for Viva’s Geelong refinery to remain operational.

“G21 calls on politicians at all levels to work together to save the Geelong refinery.  We stand ready to provide whatever support we can.”