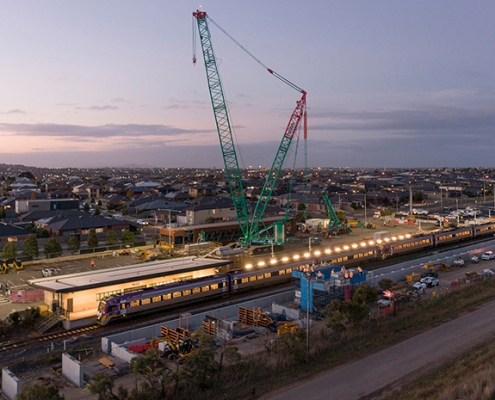 G21 has begun work on an integrated transport strategy to address gaps and weaknesses in the intra-regional transport network which are becoming increasingly apparent as the population continues to grow year-on-year.

The G21 Region Integrated Transport Strategy (ITS), funded by Regional Development Victoria, Department of Transport and the five G21 municipalities, will shine a light on active and public transport options, the road network and freight movements, clean energy transport and rail connections in busy corridors. The strategy will update existing plans and guide investment in the transport network across the region for the short term and decades ahead.

The G21 region is one of the fastest growing regions in Australia and rapidly outgrowing its transport infrastructure.

Commuters are experiencing worsening road traffic congestion, a lack of public transport options, a patchwork of cycling and pedestrian connections, a lack of dedicated routes for the growing freight industry, a need for new transport corridors to link growth areas outside central Geelong and an over-reliance on road vehicles which is feeding into inactivity, higher emissions, congestion and a drag on productivity in the regional economy.

A fresh understanding and collaborative response is needed to arrest the slide in the region’s highly-prized liveability. The next five to ten years will be critical in setting up the region’s geographically-dispersed communities for long-term social and economic prosperity.

A modern, multi-modal transport system will be fundamental in delivering:

The region is a significant contributor in the Victorian and Australian economies. Improved transport connectivity across the region and links to ports, airports, inter-modal terminals and other regional and metropolitan centres will enable G21’s growing and emerging industries to fully realise their potential.

The G21 Integrated Transport Strategy team will be consulting widely across the region in coming months and will deliver its findings and recommendations in the second half 2022.

Have Your Say On Local Mental Health Services

Our key to freedom – vaccination
Scroll to top