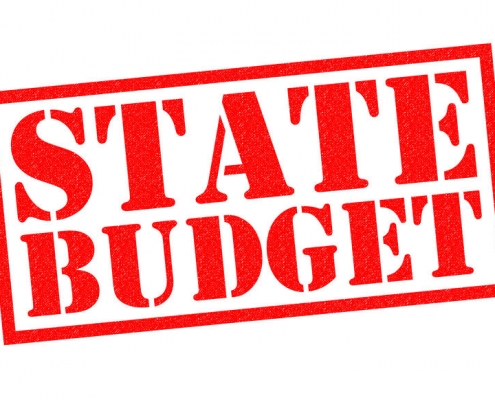 G21 welcomes the 2021 State Budget with partial funding secured for the Northern Aquatic and Community Hub in Norlane, an ambulance station at Armstrong Creek, a hospital for Torquay, a children’s emergency department at Geelong hospital, a significant outlay on mental health services, a family violence court and money for road and rail improvements.

G21 and Give Where You Live’s pioneering GROW program received $3 million for a statewide expansion.

The state budget has responded to a number of important priorities put forward by our region. The $3.8 billion investment in mental health is especially welcome after a difficult year for many people managing multiple pressures brought on by the pandemic.

A number of new and increased taxes will fund the mental health package and contribute to debt reduction. However, with the G21 region’s growth being driven by an increasing population, housing and construction, it is unclear what effect the changes in stamp duty, land tax, and the new re-zoning windfall tax will have on the region’s economic development.

G21 will have a watching brief on the impact of changes to these taxes. It will be important not to stifle strong private investment in the region which is creating jobs in our post COVID recovery.

Locally, the impact will be mitigated by a cut to payroll tax and stamp duty for commercial and industrial property in regional Victoria, aimed at easing the burden on businesses as they continue to get back on their feet.

Despite an $8.5 million contribution, the Northern Aquatic and Community Hub in Norlane has been left well short of its funding target with a significant amount still required to turn it into a reality for the local community, which is crying out for health and wellbeing services.

It’s disappointing to see one of our most disadvantaged communities missing out again on full funding for a vital infrastructure project that has the potential to make a real difference to their daily lives.

The rapidly growing G21 region also missed out on funding for new schools, with investment focused only on Melbourne’s outer metro suburbs.

There was no funding for urgently needed road upgrades around GeelongPort to enable safe car, bus and freight access to the Spirit of Tasmania which is due to relocate to Geelong in 2022.

The region is also waiting on a decision on the location and funding arrangements for a quarantine facility which could potentially see the safe return of international students.

$20 million has been allocated for a dedicated children’s emergency department at Geelong, and Torquay will receive a new community hospital.

The Budget will fund 20 local adult and older adult mental health and wellbeing services across Victoria for people with mild to moderate mental health challenges, including one in Geelong. A youth prevention and recovery care unit will be funded in the Barwon South West region.

Geelong will also receive funding from the Good Money program to deliver safe and affordable financial services through shop fronts. The service will deliver no-interest and low-interest loans, low-cost insurance and financial advice to individuals and households facing financial stress.

The Budget includes an additional $354 million to improve safety for women and children as well as a specialist family violence court in Geelong, which the G21 has been calling for.

Funding is provided for a number of upgrades on regional roads to improve network efficiency and road safety and to plan the development of high-priority projects, including Bellarine Link Stage 1, improved traffic flows at Barwon Heads and upgrades to the Surf Coast Highway.

Work on rail upgrades will also continue, with funding for:

While investment in these projects is welcome, the region’s lack of public transport remains a serious concern. As one of the fastest-growing regions in Australia, congestion and lack of cross-regional transport options will increasingly constrain economic growth and social connection.

There was $4.46m for the newly created Great Ocean Road authority.

The Budget will fund a new Victorian Academy of Teaching and Leadership, with seven regional learning centres, including one in Geelong.

Geelong is a natural location for an Academy as we are home to major education institutions such as Deakin University and The Gordon, as well as leading government and private schools in the region.

An additional $1 billion in the Budget to support skills and training, including an extra 80,000 free TAFE and training places will be welcome to industries across the G21 region with The Gordon well-placed to help provide those places.

The Budget includes job support of around $619 million in subsidies and assistance for those most impacted by the pandemic, including young people and women without a formal qualification.

In line with the government’s intention to transition the current Regional Tourism Boards over to new Visitor Economy Partnerships, $8.8 million was included in the Budget to support this move.

The aim is to better resource these Boards to undertake marketing and development activities across regional Victoria.  This will impact both the Tourism Greater Geelong & The Bellarine and Great Ocean Road Regional Tourism bodies.

$55 million was allocated to Visit Victoria for interstate marketing, as well as $633 million announced previously to support the government’s Visitor Economy Recovery and Reform Plan.

There was $6.3 million funding for Geelong Arts Centre to allow them to commit to local artists, local stories and supporting diverse communities through the work we program. It will also allow them flexibility and nimbleness in the delivery of visitor experiences during the redevelopment and will enable the Arts Centre to imagine and deliver a bold and ambitious program now and in the future.

G21 region creatives will have access to $11 million for the Music Works program to support musicians, support staff, venues, and allied organisations to accelerate the recovery and growth of Victoria’s music scene.  G21 region filmmakers will also have access to $121 million allocated to the Victorian screen industry.

The Geelong Arts Centre remains at the heart of G21’s Geelong’s Cultural Precinct priority project.  Funds of $70.841 million were allocated in 2021-22 towards the ongoing $140 million Stage 3 redevelopment of the GAC complex.

Victoria’s regional Councils and clubs will have the opportunity to access some of the $70.6 million of the state’s allocated funding to support the development of community sporting clubs, sports infrastructure and women and girls in sport.

$55m million has been allocated to deliver new and improved sports infrastructure through funding opportunities with a particular focus on driving participation opportunities for women and girls by providing more female-friendly facilities.

In the G21 region, AFL Barwon anticipates an additional 2091 female participants by 2025 (84 teams) with currently only 43 per cent of the regions AFL facilities being gender-neutral or female-friendly.

A further $50 million will provide a boost to the Growing Suburbs Fund, delivering the local projects that matter to local communities in interface and peri-urban areas that include several G21 region municipalities.

Broad infrastructure categories eligible for funding include community health and well-being and sport, recreation and leisure facilities that have dedicated community space and support multi-use purposes.

Note: This Budget analysis was issued on 21 May 2021. The G21 media release issued on the day of the Budget (20 May) can be found in the Resources section of this website.