Central Geelong is one of Australia’s most historic locations and the engine room of  the G21 economy – an important centre for business, retail, hospitality, arts, culture, health and education.

For thousands of years, it was a significant gathering place for the Wadawurrung people and remains so to this day.

It became a pivotal business hub during the 1850’s Gold Rush, headquarters of the wool industry and the nation’s manufacturing capital. It is home to the AFL’s famous Geelong Cats.

Central Geelong’s fortunes have fluctuated in recent decades. A dedicated program, Revitalising Central Geelong, is  in place to help restore its commercial, residential and cultural vibrancy.

Plans are underway to encourage more residents to live in the city centre, with a target of 12,000 people by 2050.

The City of Greater Geelong is building a new civic precinct in the heart of the city which will provide modern public gathering spaces.

Greening and beautification of Geelong’s broad boulevards, linking of footpaths and walkways, revamped laneways, bicycle lanes and activation of the waterfront will enhance the city’s liveability.

Delivery of the new convention centre on the waterfront – the centrepiece of the Geelong City Deal – will activate the visitor economy and has already accelerated investment in new tourist accommodation.

Transport corridors around, into and out of the city will also be critical to the success of central Geelong’s revitalisation.

A commitment to embed GROW training, employment and procurement principles in all government projects  within the region. 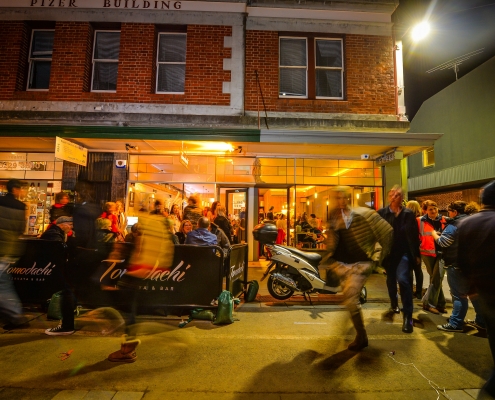 Planning and Services Pillar 21/09/2020
Geelong’s network of laneways will be further expanded with a new pathway set to begin construction next year. As part of the $370 million Geelon ...

Planning and Services Pillar 20/11/2019
The Malop Street Green Spine project is receiving high praise across the country. The joint local-state government initiative was a winner in the C ...

Planning and Services Pillar 19/02/2019
Geelong residents with disability and mobility issues will benefit from access improvements around the city. Key locations in central Geelong are u ...