The effects of climate change on the region are felt acutely by G21’s communities. The annual threat of bushfire, rising sea levels, drought and diminishing water supplies are real and present issues.

The protection of the region’s famous natural beauty and fragile landscapes is also a major priority for residents and visitors.

In response, the private sector, community groups, regional institutions and local councils are actively driving the transition with help from Victorian and Commonwealth governments.

The five G21 municipalities are collectively seeking further commercial opportunities to play a major role in the circular economy, with a view to becoming a significant Victorian hub for downstream waste processing and resource recovery.

The City of Greater Geelong, in partnership with the Geelong Manufacturing Council, is the proponent of Cleantech Innovations Geelong, a market development program co-funded by the Victorian Government.

The program has aided the expansion of more than 10 local cleantech businesses. It is now seeking to create a regional cleantech centre of excellence. A new round of funding is required to continue this work.

GeelongPort is investing $100 million to establish the Geelong Hydrogen Hub, a production and distribution facility for green hydrogen that will accelerate Victoria’s transition to clean energy and net zero emissions.

Partnering with CAC-H2 as the Hub’s foundation developer, GeelongPort is seeking further expressions of interest from energy manufacturers and retailers and local businesses. 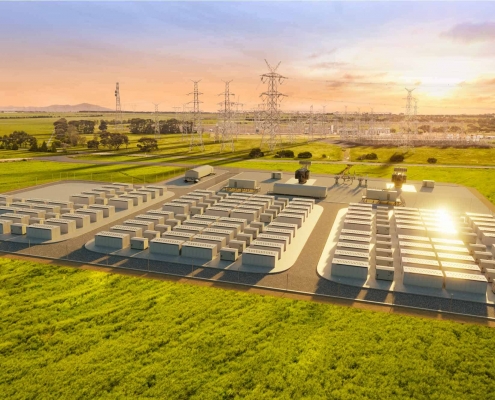 Economic Development Pillar 05/11/2020
One of the world’s largest lithium-ion batteries will be built in the G21 region at the Moorabool Terminal Station, boosting the state’s energy re ...