Upgrades are urgently required to tackle increasing traffic congestion on the M1 Freeway and over reliance on the West Gate Bridge.

The Western Distributor, a road project proposed by Transurban, will deliver a motorway alternative to the West Gate Bridge and move trucks off local roads in Melbourne’s west.

The proposal includes the following works:

The Western Distributor would help wipe around 15 minutes off trips to Melbourne from the G21 region, improve travel time reliability and enhance access to jobs.

The State Government has committed $1.46 billion over forward estimates to allow the Western Distributor to proceed.

The final scope and design of the project will be confirmed in consultation with the community, local government and industry during a comprehensive planning process in 2016.

Congestion on the Geelong-Melbourne corridor is a serious problem. Upgrades are urgently required to tackle traffic congestion on the Princes Hwy and surrounding the West Gate Bridge.

The G21 region and Melbourne are strongly linked. Close in proximity, they have a firmly integrated economy, which explains the high volume of traffic between the two regions.

The road connection to Melbourne not only supports Victoria’s largest regional city; Geelong; but also three of the state’s fastest growing municipalities over the past 10 years; Wyndham, Surf Coast and Golden Plains.

With continued significant population growth being actively encouraged by the government within the G21 region and along the corridor between Melbourne and Geelong, traffic using this route from the western suburbs of Melbourne and the G21 region will only continue to grow.

Improving transport connections between Melbourne and Geelong will improve regional liveability. It will encourage people to live in the G21 region and commute to Melbourne for work, allow employers in the G21 region to attract metropolitan residents to work here and will provide a boost to our education sector by drawing more students to study here.

It will also provide an efficient means to transport produce from the G21 region and Western District to the Port of Melbourne and Tullamarine Airport for distribution into wider domestic and international markets.

The State Government has committed 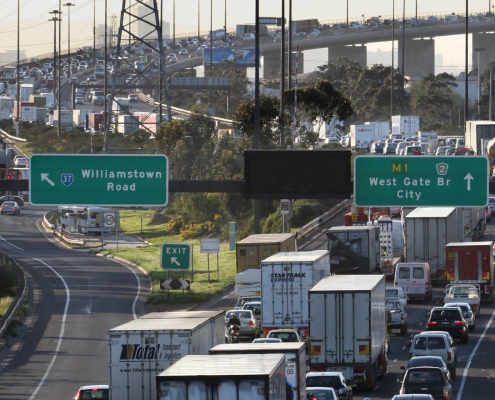