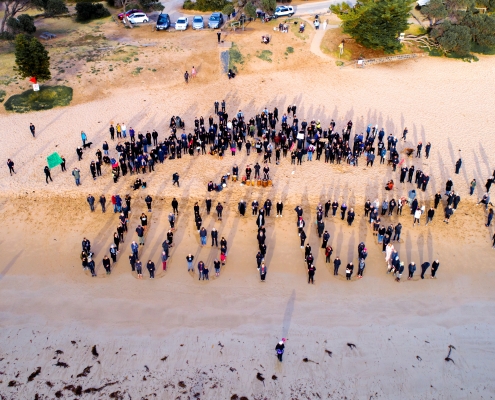 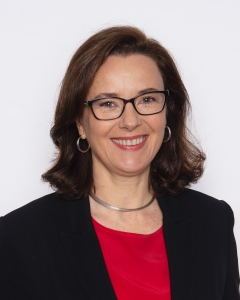 From the desk of

A collective sigh of relief is almost audible across the Geelong region as the worst of COVID-19 seems to be behind us.

As vaccinations roll out, people are enjoying their freedom, socialising, shopping, returning to workplaces, and feeling quietly confident we’ll be spared another wave of transmission.

But as the emergency subsides, we can also see more clearly the stress fractures left behind in our community. The rigours of lockdown, self-isolation, job or business losses and the end of Jobkeeper have disrupted the lives and livelihoods of many people. It will take time to heal and rebuild.

So where do we begin?

The next ten years of planning and managing huge population growth in our region will be critical. This is a once in generation chance to get things right as we literally build entire new communities. People must be at the centre of our thinking.

In the here and now, designing our long-term prosperity begins with social repair.

Before COVID hit, our region was facing an acute shortage of affordable and social housing.

Post-pandemic, competition for housing is now in overdrive. An influx of people migrating from Melbourne for a better work/life balance is creating a new surge in land and house prices, and squeezing lower income workers and families out of the rental market entirely. In Colac, employers have jobs on offer but no one to fill them because there are so few rentals or homes on the market, particularly in the affordable category (defined as 75 per cent of market price).

Last year, G21 initiated a Social and Affordable Housing Project, working with our five local councils in the G21 region to identify the potential for existing housing or new land to be earmarked for a variety of housing to ensure key workers, young people, lower income families, migrants, the elderly and people with special needs are not locked out of the community. We know that when people have a home (not just an insecure ‘dwelling’) the chances of finding a job, enjoying better health and connecting into a meaningful social life are much higher. We also know that diverse communities are stronger communities.

With the Victorian Government’s announcement of the Big Housing Build in last year’s November Budget, $215 million has begun flowing to the G21 region to set our local plans in motion. The wheels might turn slowly, but at least we have begun rolling in a better direction.

The anecdotal evidence of increased family stress leading to household violence and abuse during lockdown has been disturbing.

It’s distressing to know that it comes on top of pre-COVID crime statistics in 2018-19 that revealed 915 children witnessed family violence in Geelong, up 18 per cent on the year prior. For children under 10, ‘family and domestic violence’ is by far the most common reason for seeking homelessness support.

G21 has joined with frontline agencies assisting people affected by domestic or sexual violence in calling for a specialist, dedicated magistrate to oversee all family violence matters for the Geelong region.

While there is no single answer to family violence, there is evidence that specialist courts are better equipped to ensure perpetrators are held to account, with less chance of them being able to ‘hide’ within the busy complexity of the main Magistrates Court which deals with a host of other issues. Specialist magistrates and staff are better trained and skilled in ensuring an empathetic approach to the complex needs of victim survivors.

These courts were a recommendation of the Royal Commission into Family Violence four years ago and have already been established in Bendigo, Shepperton and Moorabbin. This reform has become especially important with the recent merger of the Family Court into the Federal Court.

On 15 March, thousands of women and many others across Australia marched and cheered on the call for an end to sexual assault and gender inequality. More than a thousand people took part in local rallies in Torquay and central Geelong.

For me, the most shocking image was a 30-metre scroll, unfurled in Melbourne, with the names of 899 women and children killed in domestic or other violent incidents since 2008.  “Enough is enough” was the message to all leaders. Torquay gave us an inspiring aerial image, with survivors, supporters and advocates forming themselves into the word “JUSTICE” on the beach as part of the March 4 Justice – Surf Coast (image above).

Last year, G21 launched a communications toolkit to assist workplace managers and community leaders to promote effective communication on preventing violence against women. There is still much to be done and G21’s Health and Wellbeing Pillar group will continue working with many partners across our region to implement prevention education and lasting change.

International Woman’s Day on 8 March becomes more important each year as we mark both progress and lack of progress since the first IWD in Europe in 1911. There were many high-powered events in our region and what’s notable is the significant number of women now in leadership roles across the community. In the G21 area, female mayors lead four of our five councils (the City of Greater Geelong and Colac Otway, Golden Plains and Surf Coast shires) and we are represented by seven female politicians in state and federal parliaments.

Women are at the helm of our leading Aboriginal organisations, Barwon Water, Barwon Health, Western Victoria Primary Health Network, Committee for Geelong, not to mention our Deputy Vice Chancellor at Deakin University and many other organisations. Diversity goes much further than gender, and there’s a long way to go on all fronts, but momentum is building and the G21 region is starting to make impressive strides.