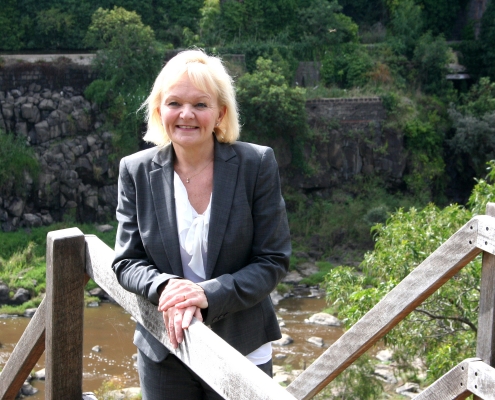 This Annual Leadership Award, decided by the Committee for Geelong’s Board, independently recognises and celebrates leadership in the Geelong community.

Committee for Geelong chair Clive Pugh said Ms Carbines had been an outstanding contributor to the Geelong region.

“Listening is one of Elaine’s hallmark leadership traits to balance an argument in addition to her openness and honesty in communication with others,” Mr Pugh said.

“Her collaborative style of leadership has yielded much success for the causes that Elaine has supported in her most recent role as the CEO of G21 Geelong Region Alliance and in her previous roles as parliamentary representative and educator.”

“Politics has never been the motivation for Elaine, it was always doing the best for the people of Geelong.”

Elaine will receive the award at the upcoming Leaders for Geelong Graduation and Annual Leadership Award Night to be held at GMHBA Stadium on Thursday 18 March, where she will speak about her leadership journey.

G21 and the Committee for Geelong collaborate on many initiatives that promote and advance Geelong and the wider G21 region.

Rip Curl Pro back at Bells in 2022
Scroll to top